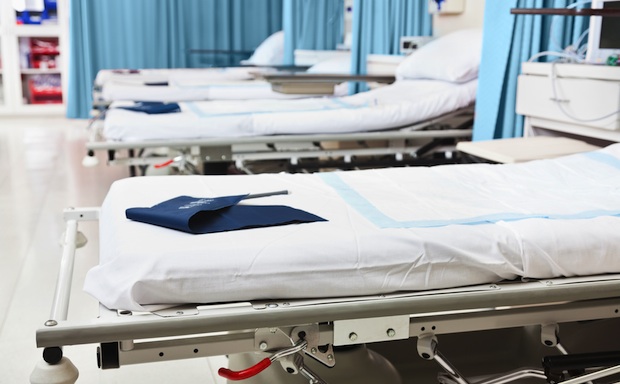 The drop in oil prices may have affected several industry sectors in the GCC, but the healthcare market has remained resilient – largely thanks to a growing population and the increasing cost of treatment.

This growth is being largely supported by the inpatient market – which is forecast to expand by over 76 per cent from $16.4bn to $28.9bn during the same period.

“As the healthcare costs rise in line with increasing population, most of the GCC governments are introducing mandatory health insurance,” explains Sanjay Vig, managing director of Alpen Capital ME.

“The gradual expansion of medical insurance coverage across the region is likely to boost overall healthcare spending thus improving utilisation rates and correspondingly the demand for hospital beds.”

However, the hospital bed density in the region averaged 17 beds per 10,000 people – much lower than the 54 per 1,000 seen in high-income countries.

“The bed density has remained fairly constant due to population growth, while the development of related infrastructure has been comparatively slow,” explains Vig.

“This disparity suggests that the healthcare infrastructure development in the GCC is slower than the growth of its population.

“But with the increase in the number of hospitals that will be set up in the next couple of years, this disparity will gradually reduce.”

Currently, the GCC has nearly 350 hospital projects under development.

A lot of this growth will come from the private rather than public sector, says Sandeep Sinha, vice president of the transformational health practice at Frost & Sullivan.

“If you look at the contribution of the government to healthcare, it stands at 70 per cent, compared to 30 per cent by the private sector,” he explains.

With regional governments already facing financial difficulties, high healthcare costs are further straining their budgets and pushing them to involve the private sector.

There are several big private players already present in the regional market which are looking to expand their offerings. But they do face several challenges.

“Private players face barriers such as the high cost of setting up a hospital and high payback period,” says Vig.

“Healthcare providers are looking at measures to curtail their operating costs in order to offset the impact of high capital expenditure towards constructing hospitals.

“The current investment climate characterised by global economic uncertainty, low oil prices, and volatility in financial markets has made investors across the globe more cautious and risk-averse. This can have a negative impact on the fund-raising ability of companies in the region to finance their healthcare projects,” he argues.

The lack of homogeneous regulations and non-adherence to international standards have also led to inconsistencies in the quality of services across the GCC, Vig adds.

Profitability is the main concern, agrees Sinha: “Price pressure is on all operators. The cost of manpower is also very high – it will have a direct impact on operations,” he says.

“With increased competition, operators have to innovate their models to see how they can be lean and make a decent profit.”

Looking ahead, Sinha expects further consolidation in the market: “It is already happening in the UAE. A lot of small players are getting out of the business while large players are trying to acquire the smaller ones,” he says.

“Also, with insurance driving the market, a lot of competition is going to come up. Single specialties present a strong opportunity in the market.”