The iconic sail-shaped “seven-star” hotel Burj Al Arab – built 20 years ago – continues to proudly stand as one of the most popular symbols of Dubai.
The luxurious hotel, which has recently seen several refurbishments, also claims to have another feather in its cap – of being the most followed hotel on Instagram with over 887,800 followers.

For the hotel’s developer, Dubai’s homegrown brand Jumeirah Group, taking bold and “audacious” steps has been part of its DNA, claims CEO José Silva, who took over the role just over a year ago, in March 2018.

“But beyond that, they built Al Qasr, which I think in a very different way is just as bold as Burj Al Arab. For me, it says ‘I’m in Dubai, I’m in the Middle East’.”

His task now is to take the brand “into the future”, he states.

With the influx of several new operators, Jumeirah – which manages a portfolio of 10 hotels and residences in Dubai – now faces increased competition on its home turf. 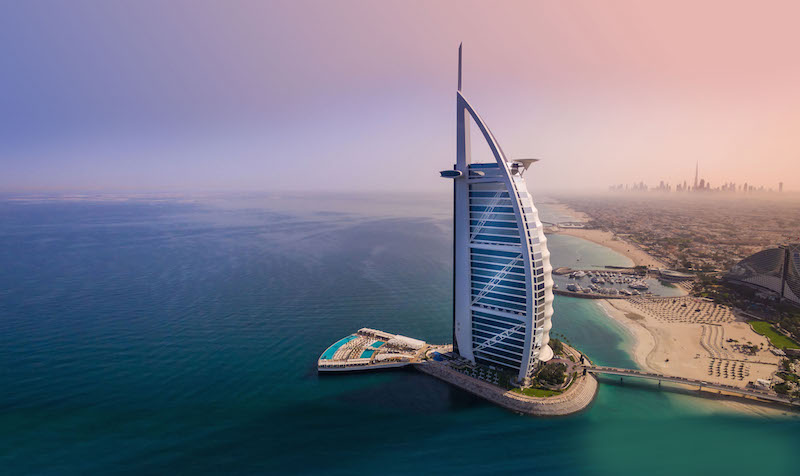 “You’re strong at home, but now, you need to face the luxury brands from across the planet. So it’s a true test for the brand. We need to be a global player with global expertise although we’re homegrown. We need to compete in the global Olympics of hotel luxury,” he adds with a laugh.

To boost its profile, Silva aims to have Jumeirah rank among the five best hotel companies in the world in terms of service and design.

“I’m particularly focused on the third front, which is food and beverage. I think this is an era of food and beverage. It was always important but hoteliers have kind of given up in the last 20-30 years competing with the private sector, which has been a lot more hungry about succeeding.

“They’ve pushed destination dining into the theatrical scene, into energy, into design. So I’m trying to bring that into the brand.”

As a first step, the company carved out a new position of chief culinary officer, and appointed Michael Ellis, the former managing director of the Michelin Guide, to the role. He has been tasked with developing new restaurant concepts, attracting culinary talent, and improving existing restaurants within the Jumeirah portfolio.

But it’s not just about the Michelin stars, argues Silva. The plan is also to look at street food restaurants that offer meals below $25.

“I think that in today’s travel, it [having good food and beverage] is what makes the difference. There are quite a few brands that do great service and great design, but no one is doing great food – at least in competition with the private sector. Jumeirah will be the first hotel brand to do that. And we will spare no expenses on getting there,” he adds.

Despite the boom in Dubai’s hotel inventory – the emirate had a total of 717 establishments with 118,039 rooms at the end of March 2019, up 8 per cent compared to the same period last year – the average occupancy in the first quarter stood at 84 per cent, according to figures from Dubai Tourism.

Hotel establishments delivered a combined 8.63 million occupied room nights during the first three months of the year, up from 8.27 million in Q1 2018.

Room rates have dropped across the board, with hotels eager to stave off rivals with better packages. But while Silva admits that promotions are viable, he dismisses the strategy of lowering rates.

“The natural reaction is to adjust rates to compensate for the volume in the market, but it’s been proven that rate discounts cannot be a long-term solution,” he says.

“In Jumeirah we’re increasing our rates modestly between 2 to 4 per cent and in Al Nassem, because it’s a new property, maybe a bit lower. But we believe in moderate growth rate, even if it costs you one or two occupancy points. Our vision is to not go into rate battles. Our prices are not that expensive.”

Hoteliers should instead seek to attract guests in new markets globally and offer seasonal promotions, argues the CEO.

“I would say introduce different rates to different markets where it is needed, and diversify in the long run. That’s where the solution needs to be,” he opines.

“I believe that most competitors that lowered their rate will change the strategy within 12 to 24 months.”.

Beyond Dubai, another major strategy that Silva is spearheading is an ambitious expansion into international markets. With an existing portfolio of 25 properties in eight countries including properties in Dubai and Abu Dhabi, Bahrain, Kuwait, Maldives, China, London, Frankfurt and Mallorca, Jumeirah also plans to soon open hotels in Bali, Kuala Lumpur and Muscat.

Following the recent opening of Jumeirah’s new hotel in Nanjing, Silva also says the plan is to expand much more in China, with properties coming up in Guangzhou, Hangzhou and Wuhan.

“We are a darling brand in China”, he says, adding that the Chinese particularly love posing with the Burj Al Arab.

Another new hotel that is preparing to open its doors this year is the Jumeirah Jabal Omar in the holy city of Makkah, Saudi Arabia, which will mark the brand’s first property in the kingdom.

While Jumeirah has been eyeing the Saudi market for several years, Silva admits that expansion has been hampered because of not getting the ‘right opportunities’.

“It’s not easy to say ‘this is a Jumeirah hotel’. These are scalable projects and the market needs to be able to support the investments.

“These projects don’t come easy. They’re expensive. But I think now that Saudi Arabia’s internal tourism is growing, maybe it’s the right moment to get the right opportunity. The projects will come, it’s just a matter of time,” he explains.

Mega developments such as NEOM and the Red Sea project, which have been launched as part of the kingdom’s Vision 2030 agenda, are also on Jumeirah’s radar.

“These are massive projects. I like them and I’m watching them, observing how they work. These are long-term projects, and I’m convinced that they will do well,” he states.

The plan is to also look at opportunities in Egypt, and places such as Seychelles, Mauritius and other parts of Asia. And Silva is also a firm believer in Europe, with Jumeirah is now looking at France, Italy and Spain.

“Europe is on everybody’s bucket list, so I am a big believer in Europe. It’s lower yield in the shorter term, but your capital gain on the assets in 20 years will probably be greater than anywhere around the world,” says Silva.

The CEO is also bullish about the US market, specifically looking at Miami, New York and Los Angeles as entry markets. “We’re just on the verge of the globalisation of the brand,” he adds.

INNOVATE, AND DO IT QUICKLY

A staunch advocate of the ‘economy of experiences’, Silva cites research that indicates that people these days are spending four times more of their disposable income in experiences, rather than goods that are taken home.

“If you understand that future, then your business will do very well,” he says. “The key is innovation. It has always been important, but because things are being copied faster, innovation is even more important. But it needs to be real. There are a lot of influencers that are being bought, but soon it’s going to be something of the past,” he adds.

Jumeirah’s push into revitalising its culinary space, its partnership with Uber to offer private drivers to guests, and its power yoga offerings are all areas that the company is innovating in, claims Silva.

“The ones that will move quickly will survive. I’m not saying it’s easy, but it is the key to any success. You don’t need to move at the speed of light, you just need to move faster than your competitors,” he concludes.