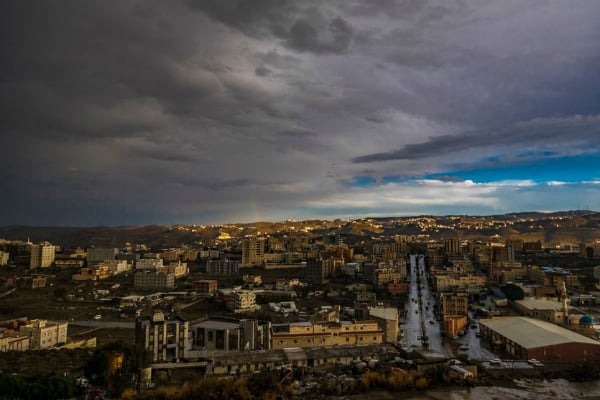 Saudi Arabia’s Met department has issued a “code red” warning in parts of the country as thunderstorms and dust storms continue to batter the eastern region, according to local media reports.

The General Authority of Meteorology and Environmental Protection said that thunderstorms and rain is projected to continue in the eastern province, Riyadh, Qassim, Aljouf, Tabuk, Najran, Jazan, Asir, Baha and Makkah region and some parts of Hail city in the northwest.

Heavy rains in the Riyadh area could also lead to flooding in the region on Saturday and Sunday, it cautioned.

The storms will also be accompanied by dusty and cold winds over most areas of the kingdom and will last until Sunday.

The authority has also cautioned of the possibility of snow in elevated areas.

The kingdom has been battered by a heavy storm for the past few weeks, with the severe weather also claiming the lives of at least 14 people.

Authorities also closed schools in some parts of the country including Jeddah as flash flooding was recorded in several parts.

Meanwhile Kuwait has also cautioned residents of continuing rainfall as floods and torrential downpours led the country to shut down government offices, schools and the main stock exchange.

Forecasters warned on Wednesday that extreme weather will continue over the weekend, and officials urged motorists to be cautious when driving on the roads.

On Tuesday, Kuwait’s deputy prime minister also fired the country’s roads and transport head after bad weather brought parts of the country to a standstill.