Wearables and the personalisation of tech - Gulf Business 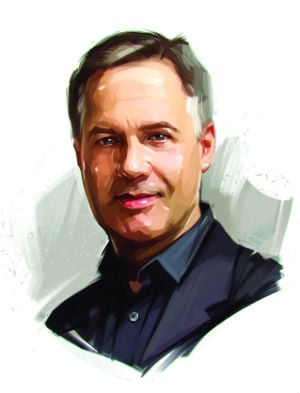 Over the last decade, there have been more technological developments than in any other period in history. The way that consumers connect with technology has evolved with mobile devices becoming more of a necessity to function. Smart devices are now an extension of the user, tracking individual characteristics with clever applications and functionalities that were once only available piecemeal in separate devices. Everything is now available at the touch of a button, on a single screen.

With all the developments in the smartphone and tablet market, how are brands going to continue to personalise technology beyond the larger screen sizes and feature-packed offerings that we have become accustomed to?

Wearable devices are the ultimate personalised partner, designed to integrate into the lives of the wearers seamlessly in ways that were previously impossible. Since its introduction in the market, wearable technology has drawn interest from consumers wanting to know how this tech can change their everyday experiences.

Firstly, unlike other devices on the market, wearables such as smartbands and smartwatches are proactive rather than reactive. They will not wait for con- sumers to engage with them but quietly and effectively log data to better understand the user’s habits. Additionally, they will respond immediately when the user engages with them or when connected with another device, such as a smartphone.

Secondly, they are as much a fash- ion statement as they are a technological masterpiece. For years brands have lured consumers in on the strength of brand loyalty but in an increasingly crowded market brands need to differentiate their devices with the help of design and functionality. Never has a device been as visible as wearables and this is affecting the way consumers prepare to purchase; basing their decision on aesthetics and personal needs.

Finally, wearables can function dually. As an extension of existing devices or simply as a standalone device. For example, a watch that is much more than just a watch. While the first generation devices that hit the market were more reliant on smartphones and tablets to fully appreciate their abilities, wearables are now packed with functionality that can make them just as valuable on their own. With their growing popularity, applications are constantly being developed solely for wearables – highlighting the growing importance of the sector and giving con- sumers endless opportunities to further personalise their devices.

Of course, there are some concerns that have been raised around the security of smart wearable technology. These involve the ability for prying eyes to see personal details about a user’s health and life patterns. There is also vulnerability surrounding the security of personal details and information that can be sent through to smartwatches such as emails and text messages. As wearable technology continues to develop and allow for consumers to do more with it, security needs to be stepped up on devices to assure users that their information is safe.

The possibilities are endless for wearables and we are gradually discovering the multifaceted affects these devices can have on our personal lives. Like many of the popular mobile devices, wearables have the ability to become a prominent part of our interactions. Most importantly, they are changing the way that we think of technology. We are heading fast forward into ‘The Internet of Things’ era. New categories and products will emerge which will change the way we connect with the world. This new domain has an enormous breadth. It will be comprised of connected wearable devices, connected cars, connected homes, connected cities and an endless exchange of information between devices and humans.