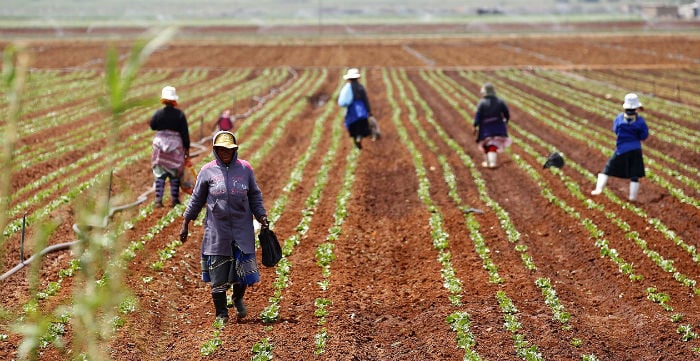 Wealthy Gulf Arab companies are boosting their investment in Africa’s vast lands and untapped resources, marking a shift for investors who have traditionally directed their money towards assets in the United States and Europe.

One reason for the shift is negative: with government debt problems weighing on US and European markets, those regions no longer look as attractive to some Gulf investors as they did just a few years ago.

But there are also a string of positive motives, including Africa’s fast economic growth, the rise of a free-spending African middle class, and a sense that much of the continent is becoming better governed and more stable politically.

Also, Africa has two special attractions for the arid desert countries of the Gulf: it is a source of food and arable land, and it is launching an infrastructure building boom that recalls the Gulf’s own construction spree in the past decade. The Gulf’s expertise in developing airports, ports and communications networks at breakneck speed can be used in Africa.

The result, corporate executives say, is a flow of Gulf money into Africa that has accelerated over the past year, and which could become an important contributor to African growth.

“I can see Gulf investors warming up to Africa. Any opportunity there grabs their attention,” said Ahmed Heikal, chairman of Citadel Capital, one of the Middle East’s largest private equity firms with $9.5 billion of assets under management.

“Africa is becoming more interesting because of the natural resources it has, its demographics and better governance.”

The timing of Africa’s economic boom is fortunate for the Gulf: it is occurring just as high oil prices give Gulf countries plenty of money to invest in it.

The Middle East’s oil exporters posted a combined surplus in trade in goods and services of about $400 billion last year, the International Monetary Fund estimates. Much of that money is being ploughed back into foreign assets; while the bulk still goes into Western assets such as US Treasury bonds, more is going to emerging markets such as Africa.

Although complete, timely data on Gulf investment in Africa is not available, analysts believe it follows the same general trend as bilateral trade, with a time lag.

Annual trade between the Middle East and Africa has grown fivefold to $49 billion over the past decade, from $10 billion in 2002, according to Standard Chartered Bank.

In the past, most Gulf investment in Africa has been in the north of the continent, because of linguistic, cultural and political ties. For example, Citadel Capital last year put together a $3.7 billion financing package for an Egyptian oil refining project, with Qatar Petroleum International becoming a key shareholder.

Increasingly, however, Gulf investors are venturing into sub-Saharan Africa – in some cases using North Africa as a base to do so.

Private equity firm Abraaj Capital invested $125 million last year in Morocco’s Saham Finances, which has interests in insurance operations across Morocco and francophone West Africa. It aims to tap into an anticipated pick-up in demand for insurance in Africa.

In November Abu Dhabi-based asset manager Invest AD launched a fixed income fund that will focus on Africa as well as the Middle East. Along with Morocco’s Attijariwafabank, it also said it would launch a fund to invest in African companies listed on stock markets.

Some of the Gulf’s big infrastructure operators have been players in Africa for years. Dubai port operator DP World, which has had a presence on the continent since 2000, now runs the port of Dakar in Senegal and port operations in Mozambique, Algeria and Djibouti.

In addition to investments in Egypt and Nigeria, the United Arab Emirates’ telecommunications giant Etisalat has built sizeable stakes in Atlantique Telecom, which operates in about six countries in West Africa, as well as Tanzania’s Zantel and Sudanese fixed line operator Canar.

Gulf companies have sometimes overestimated the attractions of doing business in Africa. Etisalat’s chief executive Ahmad Julfar said in October that his company had no plans to fully exit any of its foreign markets, but the record of its African investments has not so far been impressive, partly because of fierce competition from other operators.

Excluding Nigeria and Egypt, Etisalat spent around $522 million on its African investments, according to Reuters research, but those operations have made little contribution to its bottom line. They posted revenue of Dhs689 million ($188 million) in the third quarter of last year but generated a net profit of just Dhs4 million – a profit margin of about one per cent, compared to 27 per cent for Etisalat’s UAE operations.

Another major focus of investment for Gulf firms is African agriculture; oil-rich, water-poor Gulf states such as Saudi Arabia and Qatar have been buying large areas of farmland overseas to ensure access to food supplies.

Qatar’s Hassad Food, an arm of the country’s sovereign wealth fund, agreed in 2009 on a $1 billion farmland development joint venture with the government of Sudan.

Some other agricultural ventures, however, may risk involving Gulf States in the socio-political and water scarcity problems of African countries, if they displace local people from their land or disrupt local farming patterns.

“We are very concerned that the land deals will lead to increased violence at the local level, as we have seen already in several parts of Africa,” Henk Hobbelink, coordinator of GRAIN, an international, non-profit organisation which supports small farmers, said last year.

But it added that debate in those countries over the role of foreign investors was growing. “Transparency, sustainability, and a meaningful return for local communities will be fundamental elements,” it said.

As long as African economies continue to grow considerably faster than much of the rest of the world, however, the trend of increasing Gulf investment in them looks set to persist.

“Investing in Africa is like diving into dark waters. There’s an equal chance of finding pearls or getting stuck with empty shells and garbage,” said an executive at one of the Gulf’s biggest family-owned conglomerates, declining to be named because of the political sensitivity of his remarks.

“But there’s also high risk investing in the top European markets these days – so why not go to Africa where the return is higher?”