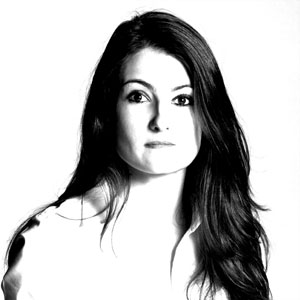 Here at Gulf Business towers, we’d heard the rumours about the investor buyout of local e-commerce site, Souq.com, before Monday’s official announcement. And, yes, we even got a bit excited.

“It’s the biggest since Maktoob,” my wide-eyed reporter said.

Yahoo! Inc’s acquisition in 2009 of Jordan-based Arabic content portal Maktoob.com was one of the first to turn ideas into profits.

Yahoo paid $164 million for Maktoob – more than tenfold the price the company was valued at in 2005, when Dubai-based private equity firm Abraaj Capital bought a 40 per cent stake in Maktoob for $5.2 million.

It brought fire and light to budding entrepreneurs across the region. Maktoob showed that it could be worth it. Once the obstacles of red tape, fear of failure and exorbitant expense were overcome, it was indeed possible to buy a yacht and retire at 30-ish, having plugged the region’s tech gaps.

The problem is little has happened since then.

Far from being bought out completely, UAE-based online retailer Souq.com announced that it has received a new round of investment from South African media group Naspers Limited. Naspers joins existing investors US-based Tiger Global and Jabbar Internet Group through a minority interest, the company said in a statement.

Admittedly, the deal is rumoured to be worth around $40 million but this is only speculation. Jabbar being a private company has no obligation to disclose the official amount.

Naspers is a publicly listed company and in their next earnings report, they’ll have to disclose this, if the deal is sizeable. The same could hold true for Tiger Global. But, for now, it’s possible that the non-quantified figure could only be a few million dollars.

Souq.com claimed to have received a lot of interest from investors and CEO Ronaldo Mouchawar told Gulf Business this week: “We have been lucky.”

Yahoo’s buyout of Maktoob got Jordan’s King Abdullah so excited he convened Jordanian entrepreneurs to help set up Oasis 500 in 2010, an entrepreneurial projects and investments company that seeks to emulate Maktoob’s success by providing early-stage capital to 500 Arab startups by 2015.

Since then Oasis500 has successfully secured investments for 55 technology companies but we have yet to see a mammoth sized buy-out as yet.

“It’s a good sign, and a validation definitely, but I’m not sure if this would trickle down into investor confidence. Keep in mind that the Maktoob deal was done over three years ago when Yahoo was exuberant under a short-lived CEO. Understandably, it was a watershed moment.

“But there have been far and few deals since. For start-ups, the investment challenges remain, but it’s getting better by the year with more incubators and accelerators.

“However for more mature companies like Souq, which is eight-years old with a strong pedigree, it could be easier to raise larger investment amounts.”

Lebanon’s Middle East Venture Partners is also investing in the early and growth stages of start-up companies in the Levant region.

Bayt.com, a regional jobsite, now has a small incubatory/VC arm and it also succeeded in selling its GoNabit subsidiary to US player Living Social in 2011 (the latter has since closed down its Middle East branch but that’s a story for another day).

Bayt CEO, Rabea Ataya, said: “We have taken an active role in this space helping seed and invest in the last 12 months in several internet ventures, including Mumzworld, Doctoruna, and YallaMotor.

“There are dozens of other investments that have that have gotten little press attention but that reflect the healthy interest in internet and technology businesses in the region.”

Another glimmer of hope this year came in the form of Amman-based MarkaVIP, a Middle East-focused, invitation-only shopping site.

MarkaVIP raised $10 million in April from investors, led by Amsterdam-based Prime Ventures. That funding came on top of $5 million in November 2011 from New York-based Invus Financial Advisors; Antwerp, Belgium-based Hummingbird Ventures; and San Francisco-based Lumia Capital – all of which demonstrates the region’s potential.

Reddy said: “What’s interesting to note is all the recent deals – be it Maktoob, Namshi, Souq and others – the large deals and betting on the potential of e-commerce in the region are being done by parties far away from the region, not by local players.”

But seeing as the region sits on the world’s richest soils, it’s clearly not a local cash problem – it’s a big fat confidence issue.

Omar Christidis, founder of Beirut-founded Arabnet, the region’s largest tech investment community told Gulf Business: “Big investment news like this definitely improves the investment climate for start-ups, because it turns the attention of traditional investors to a sector that they may not have previously considered. It doesn’t necessarily reflect increased investor appetite in such early-stage, high-risk deals.”

“The real question is where are the exits? If Naspers puts $40 million in Souq.com, they expect the company to sell for much more than that – probably at least $120 – 150 million.

“Are the Arab public markets interested and ready for a dot-com IPO? Are there global companies who will put down that kind of money to establish a presence in the region?”

Christidis said that at least $500 million is currently available in the region to promote start-ups.

“How many start-ups are ready for that level of investment? Not that many. We have a gap in the early stage, a gap not only in investment, but also in hand-holding and cultural aspects,” he said.

The region has come some way in its ability to handhold start-ups since 2009 with a growing clutch of hopeful incubators. But what we really need is another big Daddy, another role model, another Maktoob.

Starting Out In The Middle East