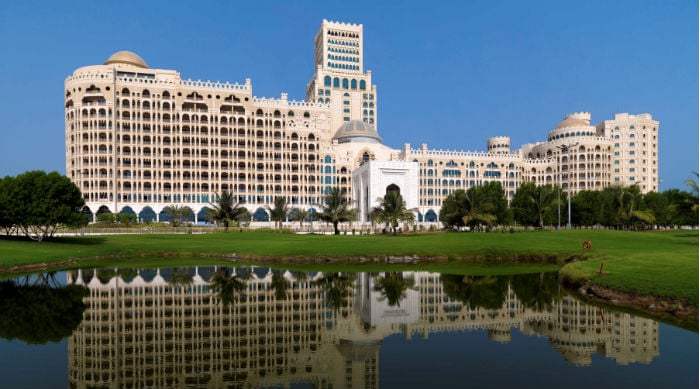 In terms of F&B, it features four signature restaurants including US steakhouse, The Lexington Grill, Japanese dining Umi and Emirati-inspired cuisine at Marjan. The hotel also offers six entertainment and dining venues including Camelia, a traditional tea lounge, a nightclub, Waldorf’s cigar bar and outdoor dining at Azure and Al Fayrouz.

It will also include two of Waldorf Astoria’s brand signatures – a grand lobby clock and Peacock Alley, a public area located across the ground floor and mezzanine levels.

Ras Al Khaimah has been on aggressive tourism push in the last few years, welcoming over one million visitors in 2012. The emirate is rapidly ramping up its hotel inventory as it plans to increase visitor numbers to 1.2 million this year.