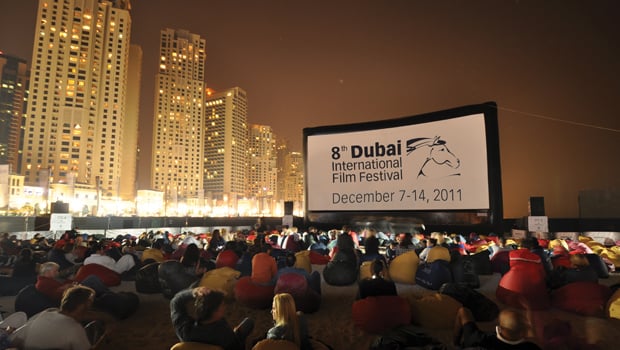 The who’s-who of Hollywood and Bollywood have descended on Dubai to walk the red carpet at the annual film extravaganza, the Dubai International Film Festival (DIFF).

The glitzy event, founded seven years ago, has gradually managed to establish itself as a must-attend gala function for celebrities from across the world.

However, despite the exposure that DIFF brings, the local Arab film industry remains nascent, with a limited number of movie productions, constrained funding, and the lack of an established distribution channel.

“From my personal experience in the UAE, finding a good script is my biggest challenge,” he explained. “Funding is available but only distributed to those who have a unique vision with a compelling story to tell.

“With that in mind, we as Emirati filmmakers also have to be realistic with the budgets we ask for. The reality is that our market isn’t big enough for big budget films, so $500,000-700,000 dollars would be a budget that I would go for in a feature film,” he said.

Shivani Pandya, the managing director of DIFF, agreed that one of the problems in the region is the lack of understanding about commercially viable films.

“I really feel distributors are looking for commercial successes. The industry is getting there because more funding is available, and we have seen that there are better projects now — more entertaining ones,” she said.

Dubai Film Connection (DFC), a part of DIFF’s industry office, is a co-production platform set up in 2006 that selects 15 Arab film projects (from 120), and showcases them to local and international industry professionals to stimulate collaborations.

“The biggest change in the last six years is that the quality of applications has really improved,” explained Jane Williams, DFC’s director.

When filmmakers apply for DFC, they are expected to send in a synopsis, write a treatment and compile a budget for finance and strategy. While getting this information could be extremely difficult in the past, standards have improved because of greater funding.

“Initial interest in DFC came mostly from European and US companies, but now more Arab companies are coming to attend this event. That’s because they recognise that we have picked the best projects.

“They also have an opportunity to see whether those projects have an international interest. So it’s like a test case — you can see who’s having meetings with whom for which projects,” she said.

Pandya is confident of a booming film industry in the region going forward. “I do feel we are reaching that tipping point where things will become bigger,” she said.

“Currently what we have in the GCC is a movement to raise the culture of filmmaking, it’s not an industry yet. I believe the only way we can become an industry is to start producing small, smart films in large quantities,” he said.