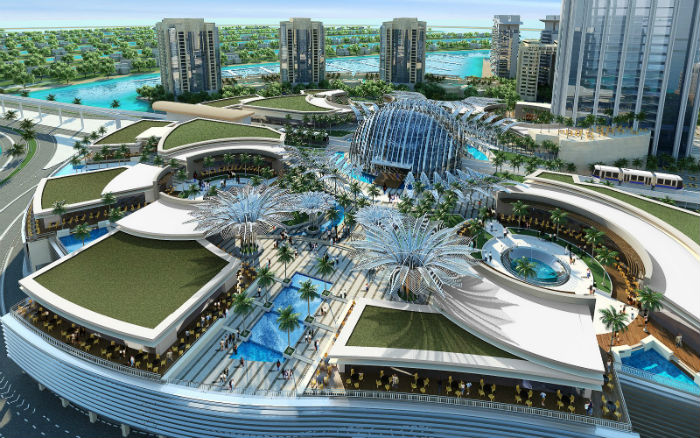 Dubai developer Nakheel announced that it has partnered with VOX Cinemas for its upcoming Nakheel Mall on Palm Jumeirah island.

There will also be a roof plaza with fine dining restaurants and food and beverage outlets.

More than half of the 100,000 sqm of retail space has already been booked by brands, Nakheel confirmed in a statement.

Construction of the Nakheel Mall began earlier this year, with anticipated completion in 2017.

It is located alongside The Palm Tower, Nakheel’s new, 52-storey hotel and residential complex, which features 504 residences and a 290-room hotel.

The mall aims to cater to the 30,000 residents on Palm Jumeirah and the growing number of tourists visiting Dubai.

Nakheel is currently boosting its retail portfolio across the city and is developing a slew of new projects including The Pointe at Palm Jumeirah, Deira Islands Mall, Deira Islands Night Souk, Jumeirah Village Mall and expansion to Dragon Mart Mall and Ibn Battuta Mall.

The company’s first two neighbourhood retail centres – at Jumeirah Park and Discovery Gardens – opened earlier this year, with four more on the way at Nakheel communities across Dubai.