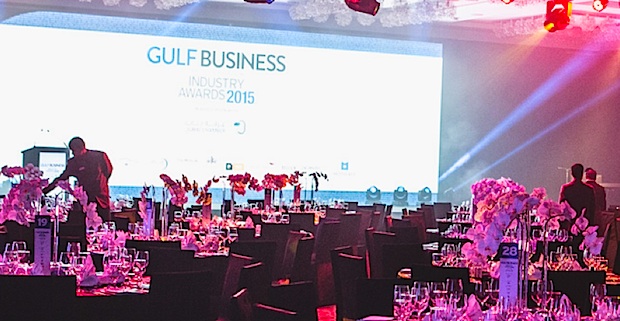 Voting has now closed for the prestigious annual Gulf Business Awards 2016, set to take place on September 6 in Dubai.

The awards cover a wide spectrum of economic sectors, from energy and aviation to real estate and healthcare.

One special winner will also be awarded with the esteemed ‘Lifetime Achievement’ of the year.

Voting has now closed for the CSR Initiative of the year and Entrepreneur of the year categories.

Here are the nominations –

CSR Initiative of the Year:

A growing trend among Saudi Arabian mothers to avoid feeding their babies breast milk led dairy company Almarai to launch a campaign encouraging breastfeeding. Under the headline ‘the best milk for your baby can never be bought’, the initiative tackled the sensitive issue head-on, addressing a topic that is rarely discussed in public. An accompanying online film has registered nearly 8 million views on YouTube.

Launched by Aster DM Healthcare, the Aster Safe Roads campaign aims to reduce the number of road accidents across the Gulf and India. A series of events and roadshows featuring cricket star Sachin Tendulka gave practical advice to motorists and pedestrians in order to prevent unnecessary and avoidable accidents, with hundreds of thousands of people taking the ‘safe roads pledge’ to be more aware on the road.

Activelife by Daman is a health and wellness initiative that not only hosts high-profile events such as The Colour Run, but aims to raise awareness of health issues across the United Arab Emirates and encourage people to be active. With a number of projects and programmes, healthy living advice and guidance and, the national health insurance company’s CSR initiative has taken stride to improving the health and wellbeing of the UAE.

Glowork is a community driven by and for females in Saudi Arabia, helping women to develop career paths and find job opportunities. The project connects individuals with organisations in various industries that are actively seeking female employees, as well as providing a safe and secure online members’ portal that allows women to interact socially.

Gulf Bank of Kuwait’s involvement in youth initiatives covers a number of important programmes for young people in the country. The bank sponsors the non-profit INJAZ project that delivers educational programmes on entrepreneurial and leadership skills to schools and universities, and contributes to TMKEEN’s Youth Empowerment Symposium and the Foundation of Hope, which helps less fortunate children and adults. Training workshops for the National Union of Kuwait Students and development programmes for young people under the government’s Manpower and Government restructuring programme are also part of GBK’s youth initiatives.

Entrepreneur of the Year:

Ahmad Ashkar is the founder and CEO of the Hult Prize Foundation – a partnership between Hult International Business School and The Clinton Global Initiative. Launched in 2010 the foundation aims to solve global social issues through entrepreneurship and launching for-good, for-profit start-ups. Its annual start-up competition is the largest in the world, attracting tens of thousands of applicants from across the globe, offering seed financing to its entrepreneurs including a $1m prize. The foundation also runs an accelerator programme, helping start-up businesses scale around the world.

Alia Khan launched the Dubai-based Islamic Fashion and Design Council in 2014. The global platform for players across the Islamic and modest fashion and art industry includes designers, artisans, technicians, fashion houses, and other stakeholders as its members, and has grown to establish offices in the United States, Italy, South Africa and France. Khan’s business offers products, services and training programmes for people of all levels, and she works with governments, organisations, corporations, fashion weeks and more to help promote the modest fashion sector.

Elissa Freiha and Chantalle Dumonceaux are the founders of WOMENA – an angel investment group for women in the Gulf region. Launched in 2014, the company facilitates the investment process from start to finish, and organises workshops in partnership with financial organisations, corporates and development organisations. It also provides entrepreneurs with workshops on fundraising.

Jumana Al Darwish founded The Happy Box in 2014 – a concept that offers boxes full of educational toys, games and activities for children to develop cognitive and motor skills and strengthen the family unit. The Dubai-based company has recently expanded across the GCC and has launched boxes for adults to encourage them to celebrate life. Al Darwish also runs the Happy Hearts initiative with orphans in Jordan, and has secured partnerships with Harvey Nicols, Aramex, S*auce and others.

The founder of BioD, Lamis bin Harib has created the United Arab Emirates’ first specialised business in the design and supply of bio-disposables and packaging. The company creates and distributes packaging and other goods made from bio-disposable materials and bin Harib aims to raise awareness in the need for environmental standards in the UAE, offering consultancy and support to companies regarding the design of their own green items.

AstroLabs was set up by Muhammed and Louis Lebbos to create a thriving tech start-up ecosystem across the MENA region. The company was founded in 2012 and at the end of 2015 moved into its Google-partnered tech hub at JLT in Dubai, offering a development lab, training facilities, meeting rooms and more. Numerous start-ups have passed through the company’s doors, with many more queuing up to do the same. Furthermore, the AstroLabs Academy provides specialised courses for topics in digital business.

Dubai-based ride sharing company Careem continued to expand during 2015 and 2016, moving most recently into Pakistan having already entered more than 20 other cities across the Middle East and Asia. Founders Mudassir Sheikha and Magnus Olsson have continued to raise significant funding for the company, including $60m in November, helping the firm enjoy an average growth rate of 30 per cent month on month.

Rodrigue Nacouzi is the founder of Transcorp, a specialised distribution company that launched at the end of 2013 and has since grown to be a competitive player within the United Arab Emirate’s trade and logistics market. From one office in Dubai, the company now covers Abu Dhabi, Riyadh, Jeddah, Doha and Erbil. Nacouzi set out not only to build a leading regional provider of distribution services but also a sustainable, eco-friendly operation that has minimum impact on the environment.

Telr was co-founded by Sirish Kumar in 2013 after leaving behind a successful career at PayPal. The company offers e-commerce solutions including payments, online stores and advance funding – specifically helping start-ups and small businesses in emerging markets. It expanded geographically throughout 2015 and 2016 with the help of significant investment rounds and has signed agreements with various banks and financial groups to drive e-commerce in the region.

Serial entrepreneur El Sheikh found success with finance company Istashir and tailoring company Knot Standard before launching Beneple – an online platform helping SMEs with their HR needs. Beneple was acquired in August last year in a $15m deal. Now the company is embarking on expansion throughout the GCC, focusing on Saudi Arabia. The former investment banker is also on the board of Reach for Children – a non-government organization that provides humanitarian aid to Children in Africa.