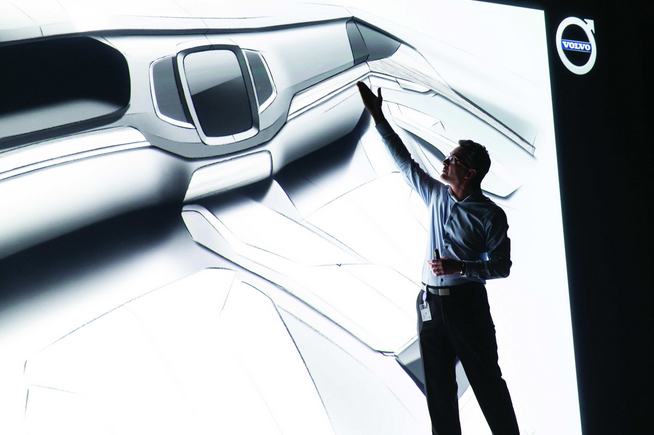 When Chinese billionaire Li Shufu’s Zhejiang Geely Holding Group acquired Volvo Cars five years ago some speculated that it was the death knell of a once proud brand.

Similar concerns around spending cuts, reduced quality and lost prestige were expressed when Jaguar Land Rover was acquired by India’s Tata two years prior. Back in 2012, the company witnessed the departure of chief executive Stefan Jacoby and a first-half net loss. Now the Swedish brand is looking to prove the cynics wrong.

Its latest vehicle, the seven-seater XC90, is the first product resulting from an ambitious $11bn investment. The company has taken a completely new approach to its brand positioning, engine design and manufacturing.

The plan is simple. To face German rivals BMW, Mercedes and Audi head on with two new vehicles every year and a target of 800,000 car sales globally by 2020.

One of the key ways Volvo Cars plans to boost its sales is with greater emphasis on its owner’s home market and the world’s largest auto market – China.

Its first manufacturing facility in the country opened in Chengdu in 2012. It is expected to produce 75,000 vehicles this year. The firm has also expanded its capabilities at an assembly operation in Daqing, where it produces some of its most advanced cars. In addition, it now produces its new Drive-E four-cylinder engines from a plant in Zhangjiakou.

It also had a positive impact on company finances. In the first half of the year, Volvo Cars reported an operating profit of SEK 1,660m compared to SEK 969m for the same period in 2014. “For the full year, we expect a substantial increase in profits,” says president and chief executive Håkan Samuelsson.

The plan is to produce up to 300,000 vehicles in China alone at the first stage, according to Volvo Middle East general manager Emre Karaer. And the firm is also looking across the Pacific.

In May, it announced it would build a $500m American factory in South Carolina, to produce 100,000 cars a year. When completed in 2018, it will be Volvo’s first plant in the United States.

On top of its manufacturing ambitions, Volvo is also looking to craft a premium brand image, focussing on its heritage in safety as a point of differentiation.

“When we looked at Volvo previously, we felt we were squished between volume brands and luxury brands. It is not so good to be squeezed between those two barriers,” says Karaer.

“Looking at the heritage of the brand, and the values we carry, and quality of design that we can deliver to the customer, we chose the premium brand as a benchmark. So that’s the direction we are headed.”

A clear indicator of this is the crystal gearshift in the XC90, a vehicle that “looks expensive and has a majestic feel,” according to exterior designer Anders Gunnarson. This year the manufacturer has also launched its most luxurious vehicle to date, a four-seater version called the Excellence.

So will they be looking to compete with the traditional chauffeur car brands such as Bentley and Maybach?

“We are a bit more modest in our competitor set so we are looking at the Range Rover Autobiography. It’s a four seater but delivering all the luxury. We have some high expectations from the Middle East with that variant,” says Karaer.

Gunnarson admits the manufacturer’s traditional focus on safety is not necessarily the most desirable trait. “It’s difficult to impress your neighbour by activating an airbag,” he jokes. But he sees it as an entry point to becoming a “default premium” brand.

“It is one of our entry tickets into that luxury segment. If you are a super premium car brand, you have to have ownership of a certain feed and ours is safety.”

It was 1959 when Volvo’s Nils Bohlin, a former Saab aviation engineer who worked on ejector seats, invented a seat belt that fitted over the torso as well as the lap. This simple invention, the three-point safety belt used in all cars today, has saved millions of lives and is one of the key pillars of a safety legacy that has carried the Swedish car manufacturer forward ever since.

The XC90 is claimed to be the manufacturer’s safest to date and the first designed to make its vision, of no one killed or seriously injured driving a Volvo car after 2020, a reality.

It features ‘city safety’, the firm’s safety prevention system designed to detect potential accidents and help the driver to avoid them. Should the car turn left, it can detect oncoming vehicles including motorcycles and bicycles, and brake automatically if the relative speed difference between the two is 50kmh.

Additional systems can detect when pedestrians walk out in front of the car and avoid a collision at speeds of up to 45kmh, and detect if the vehicle goes off road to provide the driver with extra protection.

However, the company does admit one of the key ways to reduce accidents in the future will be removing human error from the equation entirely. With this in mind, it is exploring the possibilities of autonomous driving in a 100-car trial set to take place on public roads – in Gothenburg before 2017.

The automated vehicles will rely on sensors to drive autonomously on highways, with drivers taking over once they leave the main roads.

“In the long-term, new Volvos shouldn’t crash,” says autonomous driving programme director Marcus Rothoff. The company is now also exploring other pilot markets including the United States, Australia and even Dubai. Discussions began last month with the emirate, which shares the goal of eliminating road deaths by 2020.

“What I can say is Volvo Cars has a commitment to the market and we are seriously considering making Dubai our third project market,” says Karaer.

In contrast to its bold ambitions in China and the US, Volvo’s Middle Eastern operation accounts for a relatively small base of sales. Today it sells around 3,000 vehicles a year in the region. But Karaer sees the potential to almost triple this figure in the next five years.

This new volume is expected to come from new products in segments previously underserved by the manufacturer.

An estimated 55 per cent of the premium segment in the Middle East is the medium sports utility vehicle segment, served by the new XC90. Volvo also plans to serve the executive car segment – another 20 per cent of the premium segment – with its new S90 and V90 vehicles. Then there are the markets the manufacturer does not cover today, like Iran and Iraq, where it sees big potential. Volvo Cars is for now taking a “wait and see approach” with the Iranian market.

“We’d like to take the first half of 2016, to see how things are evolving and how the market is opening up in Iran. So we are not rushing,” says Karaer. But he suggests the market could be a “priority” for the company in the future.

In the meantime, Volvo Cars faces its biggest challenge yet – turning its vision into a reality.