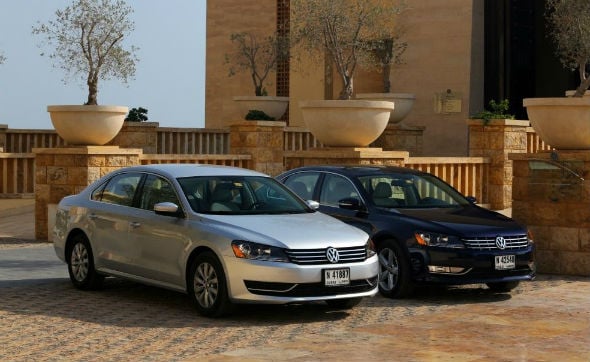 Volkswagen Middle East recorded its best ever month in July this year, attributing the news to a jump in sales for its Passat model.

The German car manufacturer reported an increase in overall deliveries of 51 per cent for the month compared to July last year with a huge jump in deliveries for its Passat model of 415 per cent.

The brand’s January to July performance also outperformed the same period in 2012 with growth of 32 per cent in overall deliveries.

Thomas Milz, managing director, Volkswagen Middle East, said: “The Passat has proved extremely popular with our customers in the Middle East with a 2.5 litre, 170hp five-cylinder engine, six-speed automatic gearbox, and superior range of technical and design offerings, suiting the needs and discerning tastes of this market.”

“Despite challenging global market conditions we are experiencing a steady increase in the Middle East and achieving record growth in deliveries for the first half of 2013, as well as for the month of July, is testament to that.”

Earlier this year, Volkswagen reported a rise in first quarter sales of 23 per cent compared to last year, with March alone seeing 27 per cent growth on 2012.

The group’s GCC figures showed a rise of 28 per cent with cars delivered across 12 Middle East markets.

The manufacturer’s country-specific figures showed a sales jump of 113 per cent in Kuwait and 43 per cent in Lebanon.