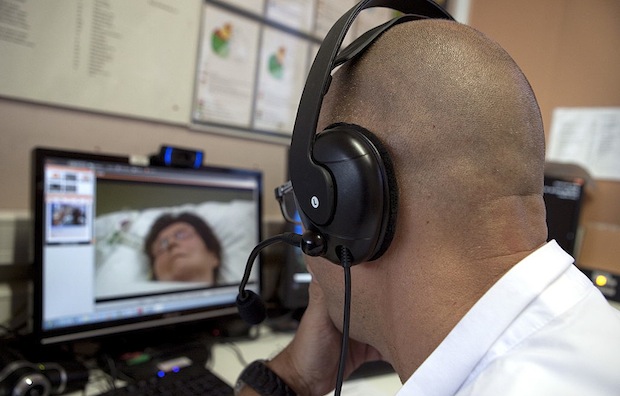 As corporations continue to wrestle with rising healthcare costs, many are looking for new and innovative ways to reduce the burden. Beyond simply searching for lower premiums or promoting healthy lifestyles in a pre-emptive move, employers are now asking themselves whether the entire process undertaken by an employee needing medical advice is fit for purpose.

Costs that once seemed unavoidable now look unnecessary – and nowhere is this more true than when it comes to visiting the doctor’s surgery. The Cost of Living Index puts the price of a short visit to the doctor here in Dubai at equivalent to $70 – and that’s before you’ve accounted for the dip in productivity resulting from an employee being out of the workplace.

Virtual doctors could substantially lower these costs. To be clear, virtual doctors – or remote or e-doctors as they are otherwise known – are all genuine, qualified, living, breathing physicians. Only the way they are accessed – by video call, text, phone or a combination of those methods – is virtual.

The premise is simple: A patient finds a doctor online or via one of the many available app services, describes their symptoms via text, or books a phone or video consultation. The doctor will then assess the symptoms and may carry out an examination by a video call and then, when satisfied, provide a diagnosis. The patient is then either booked in for an in-person examination if necessary, referred to a specialist for a follow-up video consultation, or emailed a prescription for medication that they can collect from their local pharmacy or doctor’s surgery.

As some services don’t charge for an initial consultation – and those that do only charge in the region of $35, which is often covered by employee medical insurance – virtual doctors have the potential to save employers thousands of dollars per year in medical costs.

So it’s no wonder that this model is fast gaining traction, not just here in the UAE but around much of the rest of the world.

The global sector known as telemedicine, or telehealth, was worth $23bn in 2015 and is expected to grow to $66bn by 2021, according to a recent report by leading market research consultancy Mordor Intelligence.

As is often the way, it’s the US that’s currently setting the trend for the use of virtual doctors – and the rise in popularity has been steep to say the least. One of the largest providers in the country, Doctor on Demand, celebrated taking on its 400th employer- customer in January of this year – bringing the number of employees covered by the service to an estimated 45 million.

In 2014, an analysis by a global professional services company revealed that 22 per cent of employers in the US with more than 1,000 staff were already offering a telemedicine service, with figures expected to rise to 37 per cent by 2017.

Businesses both large and small throughout the US – including American Airlines, Delta and General Electric – are taking advantage of virtual doctors to improve employee care and make substantial healthcare cost savings.

How telehealth can (and is) working in the UAE

As many US employers work to a similar employee insurance model as in the UAE, it stands to reason that the virtual doctors trend would transfer well over here. And that’s not the only reason telemedicine should take off in the Emirates: It has also been shown to be effective in treating many medical conditions that are prevalent in this part of the world.

Take diabetes, for example – thought to affect one million people in the UAE according to the International Diabetes Foundation. When we look at pilot studies abroad, it seems much of this could be implemented in our region.

One study published in the journal Computer Methods and Programs in Biomedicine found telemedicine to show potential benefits for diabetes care, including ‘a positive trend towards improving the metabolic control of patients.’ Another study, this time published in the Journal of the American Informatics Medical Association, found that ‘telemedicine case management improved glycemic control, blood pressure levels, and total and LDL cholesterol levels at one year of follow-up.’

The same is true of cardiovascular disease (CVD), one of the biggest killers here in the UAE. A 2012 study published in the Journal of Cardiopulmonary Rehabilitation and Prevention found that virtual consultations via text message were useful ‘for improving the risk profile in acute coronary syndrome [which includes heart attack] survivors and can be an effective tool for secondary prevention, especially for overweight patients.’

While there is of course a huge human benefit to anything that can reduce instances or risk of such medical conditions, when we consider what such issues cost the average employer, the positive financial impact of telemedicine for the UAE becomes clear too. Medical and productivity costs for employees with diabetes for example, are significantly higher.

The government of the UAE is aware of the potential telemedicine has to save both lives and money in the country, as evidenced by their strong and public backing for virtual doctor initiatives. For example, the government is in the process of rolling out a full-scale health information and self-care advice service – similar to Scotland’s NHS 24 – which will offer smartphone health monitoring and telephone medical advice.

And it seems that both patients and businesses alike are taking to the new services – within a few months, 200,000 people had signed up for the government-backed mHealth programme launched in 2014 and the UAE easily leads the way in telemedicine adoption in the Middle East. Popularity of video and voice health services is also significantly higher – around 30 per cent – than the global average.

For employers wanting to join this fast-growing trend, it couldn’t be easier. This can be offered to staff as part of your existing wellness package or on a co-pay basis. Before signing up to such a scheme, however, it’s worth checking your existing employee health insurance – most in the UAE will cover e-consultations as standard.

Welcome to the virtual doctor’s office

Setting aside the excitement that often follows new and innovative technological advancements such as virtual doctors, there’s one clear reason why so many employers around the world have taken to it: it’s saving them money. Estimates in 2014 suggested that telemedicine can save employers up to $6bn a year in the US alone.

What’s more, one the most notable reports on the cost-effectiveness of telemedicine, the Geisinger Health Plan, reported in 2015 that employers who implemented a virtual doctor initiative recorded an estimated return on investment of around $3.3 in cost savings for every $1 spent.

And it’s not just employers who are welcoming the arrival of virtual doctors – patients are seemingly on board too. The 200,000 patients mentioned earlier who signed up to the UAE government’s mHealth initiative reported high satisfaction levels, while the 2015 Patient Interest in Adopting Telemedicine IndustryView Report found that 67 per cent of patients said telemedicine somewhat or significantly increases their satisfaction with medical care.

It’s not surprising then that the popularity of telemedicine only looks set to grow. Virtual doctors are no longer the future of the healthcare industry – they are saving businesses both time and money right here and now.