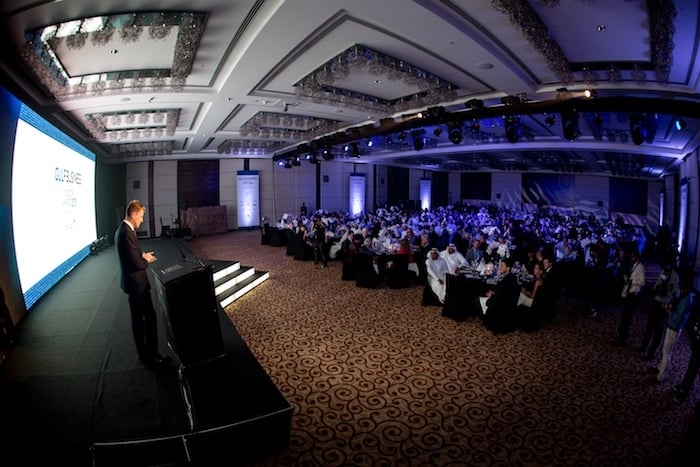 The biggest business leaders from across the United Arab Emirates were in attendance at the annual Gulf Business Industry Awards 2015, held on Tuesday at The Westin Mina Seyahi Beach Resort & Marina.

A total of 26 awards were handed out to winners spanning nine industries including aviation and transport, banking, healthcare, energy, technology, real estate, retail, media and marketing, and tourism and hospitality. Special awards were also given out in eight other categories.

His grandson and the group’s general manager Abdulla Al Gurg represented him at the event. (Story continues after the video)

Dubai developer Emaar was awarded the UAE Company of the Year for 2015, while Emirates Airline president Sir Tim Clark was handed in person the 2015 Business Leader of the Year award.

Clark, who also won the Aviation and Transport Business Leader of the Year award, told Gulf Business about the airline’s future plans.(Story continues after the video)

The president and group CEO of Jumeirah Gerald Lawless was awarded the Gulf Business Tourism and Hospitality Business Leader of the Year award for 2015. He dedicated the award to Dubai’s ruler, his shareholders and all his colleagues.(Story continues after the video)

The publicly voted Entrepreneur of the Year award went to co-founder and CEO of Souq.com Ronaldo Mouchawar. Meanwhile the SME of the Year award for 2015 was won by Dubai-based Kcal. Founders Andreas Borgmann and Mark Carroll told Gulf Business about their ambitious expansion plans.