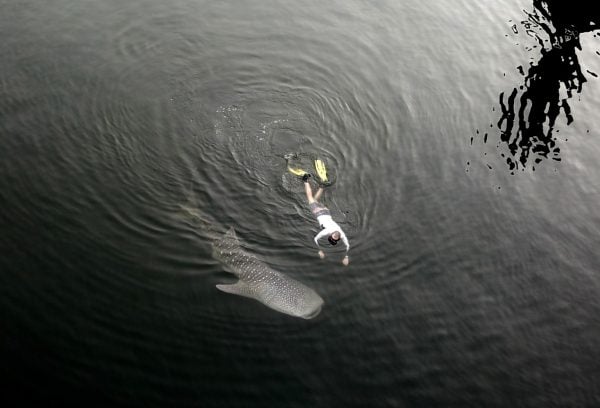 The UAE’s Ministry of Climate Change and Environment, Dubai Police and the Marine Environment Protection Society have teamed up to rescue a small whale shark in the Dubai Creek.

The creature was spotted in the Jadaf area, prompting the organisations to establish a team of professional divers and Biodiversity Department staff, according to state news agency WAM.

They moved to the area and formed three teams on two boats to lift the shark onto a stretcher.

It was then moved 13km from the creek to the sea in an operation that took more than five hours.

Acting director of the Biodiversity Department, Hiba Obaid Al Shehhi, praised the efforts of the organisations, which were captured in a video.

She said the ministry had recently launched a 2018-2021 plan for the national conservation and management of sharks.

It is also building a database of shark life in the emirates.

“We appreciated the great role of all participants in the rescue efforts and their keenness that the small whale shark return to its environment safely, said Port police station director of maritime security lieutenant Colonel Rashid Thani al-Aayel.