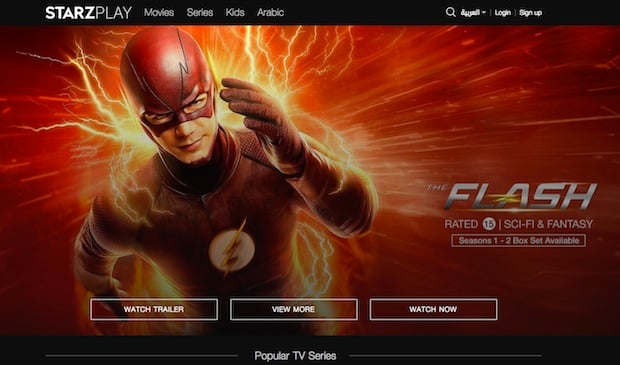 From January, Starz Play users will have access to TV shows such as superhero show The Flash, DC’s Legends of Tomorrow, action-adventure Supergirl, and crime drama Blindspot.

Also included in the deal will be the ability to stream on-demand all 10 seasons of Friends.

Khaled Benchouche, SVP of Programming and Acquisition at Starz Play said: “Superhero movies and series have always been one of the most popular genres on our platform, and our deal with Warner Bros will enable us to provide amazing TV shows such as The Flash and DC’s Legends of Tomorrow to our subscribers.

“Starz Play is targeting a leadership position within the regional entertainment industry and this deal will help us to become the number one choice for entertainment fans in MENA,” he added.

The additional investment will be used to finance Starz Play’s expansion of its services and partnerships and also allow for further content acquisition, it said.

Starz Play, which began operations in 2015, said it has seen double digit month-on-month revenue and subscriber growth since launch.

The streaming service, available in 19 countries across the MENA region, offers over 6,000 hours of entertainment, including 1,800 hours of Arabic content and 2,500 hours dubbed into French. Starz Play also features Arabic subtitling plus Arabic and French user interface options.