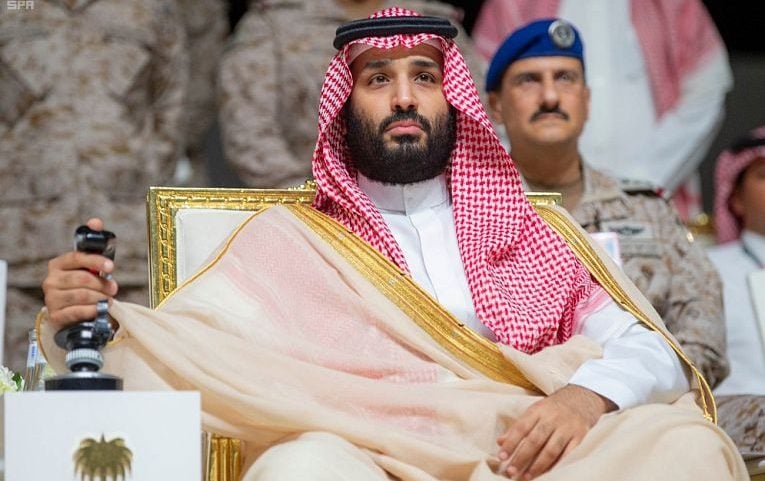 He unveiled the plane at the King Abdulaziz Air Base in the Eastern Province.

During his visit, Prince Mohammed was briefed on the various stages of assembling and manufacturing of the main parts of the jet by Saudi youth.

After the assembly, the plane was tested rigorously and passed.

On Sunday, the plane took off on its test flight after it was officially launched by the Crown Prince.

Saudi youth comprise more than 70 per cent of the project’s team. They are assembling 22 Hawk aircraft in total following more than two years of international training.

The Saudi-British Defense Cooperation Program, in collaboration with BAE Systems, oversaw the training of Saudi youth with the participation of more than 25 national companies.

The move comes within the framework of Saudi’s strategy to empower national military industries, support the national economy and create quality jobs under its ambitious 2030 Vision.

Earlier this year, the CEO of state-owned Saudi Arabian Military Industries (SAMI) confirmed that the it aims to generate $10bn in revenue over the next five years.

SAMI, established in May 2017 by the Public Investment Fund, wants exports to account for 30 per cent of its revenue by 2030, Andreas Schwer told Reuters.

The company aims to localise 50 per cent of military spending by 2030, he added.