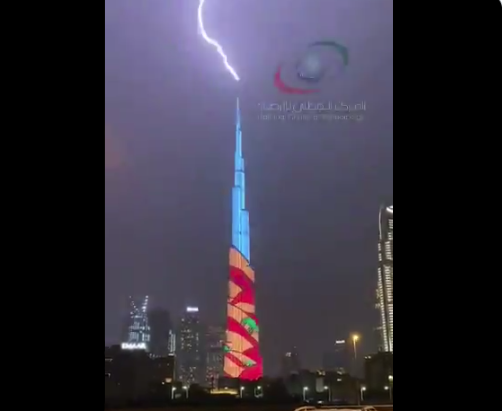 Rains are expected to continue across the UAE on Sunday following heavy downpours during the weekend.

The weather will remain cloudy with a chance of rainfall over some northern and eastern areas and a significant drop in temperatures”, the National Centre of Meteorology (NCM) said in its daily bulletin.

There is also a “probability of some freezing rain or snow over the mountains”, it added. Heavy rain with Hail was reported in Fujairah on Sunday morning.

The temperature dropped to 1.3 degrees celcius on Sunday morning over the Jais mountain in Ras Al Khaimah.

The #lowest_temperature recorded over the country today morning was 1.3 °C in Jais Mountain at 06:15 AM.

Several schools in the UAE were also closed on Sunday.

We understand that different schools are in different situations all across Dubai. We know that principals are thinking about the safety of their students & staff, and we trust them to make the right decision for their schools. Stay safe everyone ❤️

During the weekend, the country was hit by heavy rains accompanied by thunder and lightning, with flooding reported across many areas.

Flights were also disrupted at Dubai airport on Saturday, with some knock-on effects expected on Sunday.

However, with additional rain expected later this evening, the disruption is expected to continue for the next 24 hours. Customers are advised to check directly with their airlines for more specific flight information and allow additional time to get to the airport (2/2)

The NCM also warned of poor visibility on the roads due to strong winds, while the seas are also forecast to be rough.

Looking ahead, the weather will remain cloudy from Monday to Thursday, with the probability of some light rainfall in certain areas.