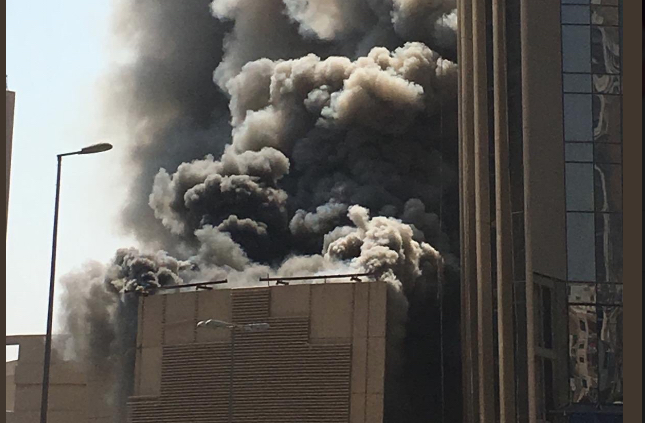 A massive fire broke out the construction site of the National Bank of Kuwait headquarters on Thursday.

The bank confirmed that more than 2,500 workers who were on site were safely evacuated.

Civil Defence teams and police patrols rushed to the scene to put out the fire and managed to prevent it from spreading.

Please note that the partial fire in the new NBK headquarter construction site has been fully extinguished by the Kuwait Fire Service Directorate. More than 2,500 workers were evacuated from the site in a record time without any injuries. Thank you for your understanding.

Images and videos on social media showed plumes of thick smoke rising from the tower.

The reason for the blaze has not been revealed.