Video: HTC One M9 To Launch By End-March In UAE, Full-Gold Model To Debut In ME - Gulf Business 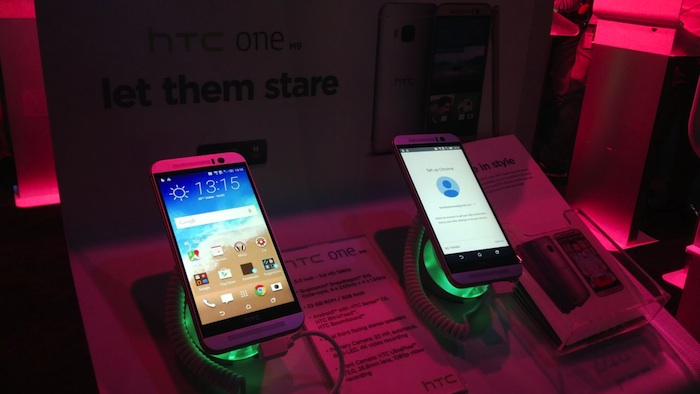 Smartphone manufacturer HTC confirmed on Monday that its latest flagship device, the HTC One M9, will be available in the UAE by the end of March.

The M9 was launched during the Mobile World Congress in Barcelona earlier this month, and the Middle East will be among the first wave of markets to begin selling the device, said Phil Blair, president, HTC, MEA.

The region will also be the first worldwide to debut the full-gold edition of the M9, he added.

“This shows we are taking the region very seriously,” he said.

The HTC One M9, which looks very similar to its popular predecessor, the M8, includes a 5-inch full HD display, weighs 157g and is sleek at 9.6mm.

Running on a Qualcomm Snapdragon 810 processor, it comes with 32GB storage and a 3GB RAM. It uses the Android 5.0 Lollipop platform.

One of the main features is the phone’s 20MP rear camera, which can shoot videos in 4K resolution. The front-facing HTC Ultrapixel camera comes equipped with technology to shoot better selfies in low-light situations, the company claimed.

The M9 also comes with a range of photo editing apps and a ‘One Gallery’ which collates pictures from social media sites and other cloud platforms.

Other features include HTC BoomSound, which provides Dolby surround sound, HTC BlinkFeed – which uses location data to recommend points of interest, news and information, and the Peel Smart Remote app, which connects with the TV.

In terms of accessories, the HTC Dot View case, launched last year, has now been modified to make it more customisable.

HTC currently has over a 10 per cent marketshare within the high-end smartphone category in parts of the Middle East, such as the UAE, and aims to see its share grow further this year, confirmed Nikitas Glykas, VP – HTC MEA.

“We saw sales increase three-times between 2013 and 2014 in the Middle East, and this year, we are aiming to double the figures,” he told Gulf Business on the sidelines of the launch.

“One of the key successes of last year was not only the M8, but also the successful launch of the Desire portfolio. You cannot grow if you have only the high-end products; you need to have a full portfolio.

“In 2015 we have more new Desire models – which are strong propositions to this segment – and we are going to see a lot of volumes coming from this affordable segment,” he said.

The company is also spending heavily in areas such as marketing, and is looking to double its investment in the region this year, compared to 2014, Glykas added.