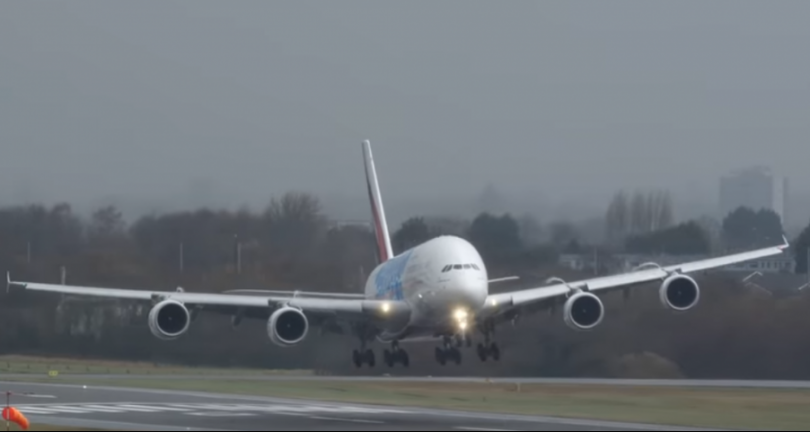 An Emirates A380 jumbo jet battled severe winds at the Birmingham airport this week, making a successful landing despite the turbulence.

A video capturing the landing has been uploaded on YouTube.

In the clip, the world’s largest airplane can been seen struggling with the strong winds and severe rain while other aircraft aborted the landing and diverted to alternative airports.

“The only time I’ve seen the world’s largest plane toyed-with by severe weather, and in particular windshear which caused other flights to abort the approach,” commented the video’s publisher flugsnug.

“This was a day when the wind grew stronger as it moved towards crosswind direction… The runway having been drenched minutes earlier, the avalanche of reverse thrust spray capped the Emirates giant’s performance.”

Dubai airline Emirates is the world’s largest operator of the Airbus A380 with 108 in operation and 54 on order.