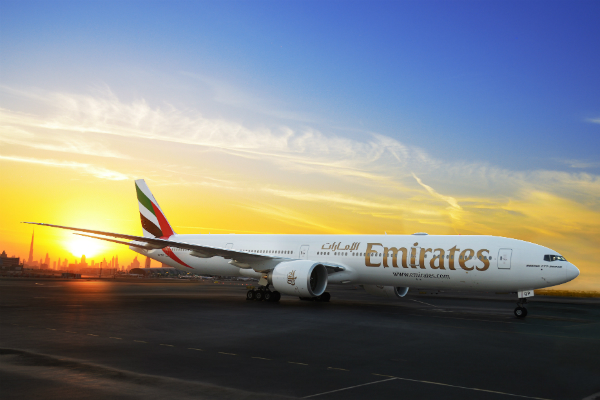 Dubai carrier Emirates on Thursday announced the delivery of its final Boeing 777-300ER aircraft on order.

The carrier said it had become the world’s largest operator of the 777, with the final plane the 190th plane in the line it has received and the 146th 777-300ER.

It currently flies 140 Boeing 777-300ERs to 119 destinations and operates one out of every five of the aircraft produced, after receiving its first plane back in March 2005.

“The Boeing 777-300ER has been a cornerstone of Emirates’ success story as the world’s largest international airline,” said Emirates president Sir Tim Clark.

“The aircraft’s efficiency, range and payload capabilities have enabled us to connect our customers across six continents to and through Dubai, and offer them a flight experience that is second to none.”

In total, the carrier’s 777 fleet has lifted nearly 350 million passengers on more than 1.28 million flights.

Emirates also penned an order for 40 Boeing B787-10 Dreamliners worth $15.1bn at the Dubai Airshow last year.