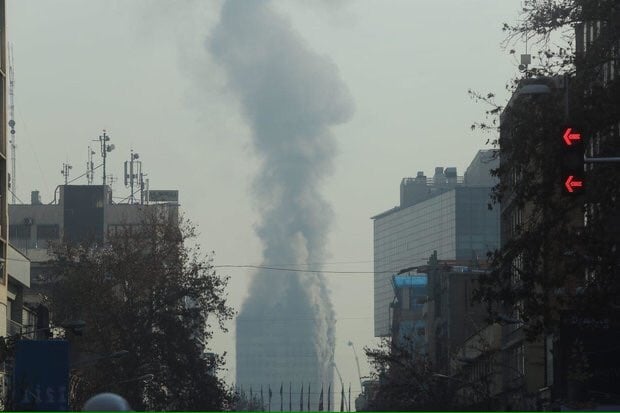 At least 30 firefighters have reportedly been killed after a tower housing a major shopping centre collapsed live on television in the Iranian capital Tehran.

Tasnim News Agency reports that the collapse of the iconic Plasco building followed a massive fire on Thursday morning.

Around 200 firefighters were called to the scene and 38 were injured even before the collapse after battling the blaze for several hours, according to state television.

Press TV later said that at least 30 firefighters were killed and 30 civilians were injured, while IRNA reported that 45 firefighters had also been injured.

#BREAKING Video of 17-story building collapse after fire in #Iran. #Plasco was one of first high rises in #Tehran. https://t.co/kUR5pEUc0A pic.twitter.com/b7dCPfu9Le

Fire brigade spokesperson Jalal Malekias was quoted as saying the building managers had “repeatedly” been warned about the building’s lack of fire safety, including the absence of fire extinguishers and instances of clothing stored illegally in stairways.

He said 10 fire stations had responded to the blaze, which was reported at about 8am.

#Plasco shopping mall, in #Tehran, collapsed after fire. Unclear how many people were inside. #iran pic.twitter.com/OzjAlFDnYY

The Plasco tower was the tallest building in the city when it was constructed in the early 1960s by businessman Habib Elghanian.

He was later executed on charges of espionage after the 1979 Islamic Revolution.