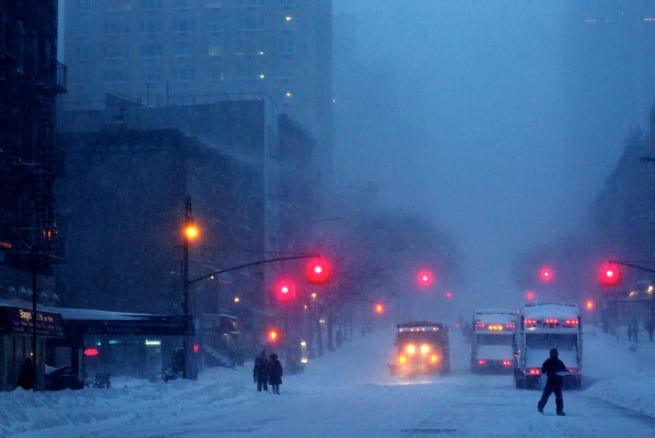 Dubai-based airline Emirates and Abu Dhabi’s Etihad Airways have announced flight disruptions to the United States as the country’s northeast coast continues to be battered by a blizzard.

In an update on Sunday, Abu Dhabi carrier Etihad Airways confirmed that flight EY131 from Abu Dhabi to Washington DC and return flight EY130 will be cancelled on January 24. It also warned of “significant delays” for flights EY103 and EY102 to and from New York.

“Due to the continued adverse weather conditions and the residual effect it has left on Washington Dulles airport, Etihad Airways has been forced the flight,” it said in a statement.

The carrier had also cancelled its Washington DC flight on Saturday. Airport teams are assisting guests affected by the cancellation, it added.

The carrier also delayed flights EK 207 from Dubai to New York and return flight EK 208 from JFK to Dubai.

Airlines have cancelled around 7,421 flights to, from or within the US on Saturday and Sunday, according to flight tracking service FlightAware. The JFK airport saw 27.7 inches of snow while the Dulles International Airport at Washington saw more than 28 inches of snow.

However, the storm is hoped to abate with airlines expected to return to their full schedule by Sunday afternoon, according to reports.