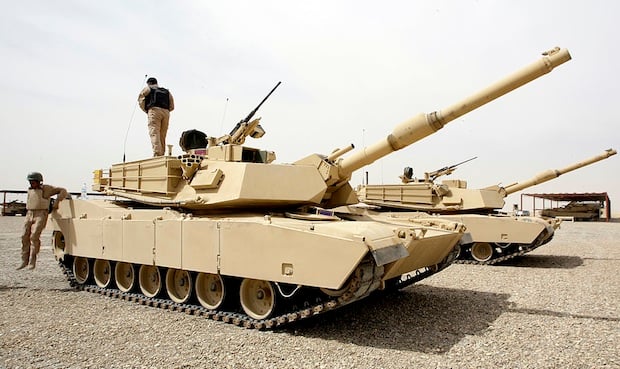 The US Senate will vote as soon as Wednesday on a joint resolution seeking to block a $1.15bn sale of military equipment to Saudi Arabia over concerns about the conflict in Yemen, sponsors of the measure said on Monday.

Republican Senators Rand Paul and Mike Lee and Democratic Senators Chris Murphy and Al Franken introduced the legislation on Sept. 8. Backers of the joint resolution say it would block the sale of Abrams tanks and other equipment if it were passed by both the Senate and House of Representatives and signed by President Barack Obama.

However, any effort to stop the sale would face stiff opposition from the White House, which has already approved the sale, as well as in Congress.

The measure’s backers said that, even if it does not pass, a positive vote or a strong vote would send a strong message about continued U.S. support for Saudi Arabia.

Paul and Murphy told a meeting at the Center for the National Interest in Washington on Monday that they have deep concern about the Saudi conflict in Yemen, and think the United States should rethink its automatic support for the Riyadh government.

“I think holding back the arms may give them a chance to show that they can do better,” Paul said.

“If we are helping to radicalize Yemenis against us, we are participating in the slaughter of civilians, and we are allowing extremist groups that have plans and plots against the United States to grow stronger, how can that be in our security interest?” Murphy asked.