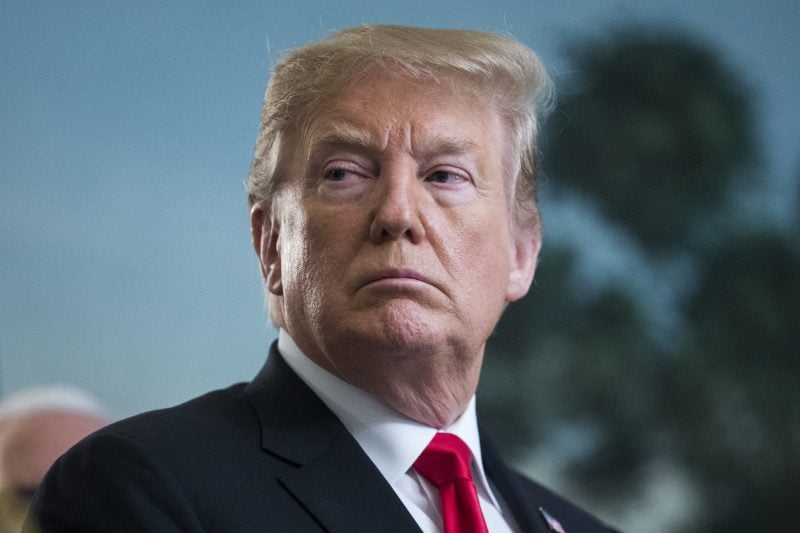 The United States is prepared to engage with Iran without pre-conditions about its nuclear programme but needs to see the country behaving like “a normal nation”, U.S. Secretary of State Mike Pompeo said on Sunday.

Iran dismissed the offer as “word-play”.

Tension between the two foes has increased sharply in the past month, a year after U.S. President Donald Trump abandoned Iran’s 2015 deal with world powers to curb Tehran’s nuclear programme in return for the lifting of sanctions.

Washington, which reimposed sanctions last year, has sharply tightened them since the start of May, ordering all countries to halt imports of Iranian oil. It has hinted at military confrontation, sending extra forces to the region in response to what it calls Iranian threats.

Iran has responded by saying it could increase its production of enriched uranium beyond levels permitted under the deal, although it has not yet done so.

Asked about comments by Iran’s President Hassan Rouhani on Saturday that Iran might be willing to hold talks if Washington showed it respect, Pompeo said: “We are prepared to engage in a conversation with no pre-conditions. We are ready to sit down.”

However, he said Washington would continue to work to “reverse the malign activity” of Iran in the Middle East, citing Tehran’s support to Hezbollah and to the Syrian government.

Pompeo said U.S. President Donald Trump had been saying for a long time that he was willing to talk to Iran.

“We are certainly prepared to have that conversation when the Iranians can prove that they want to behave like a normal nation,” he told a joint news conference with his Swiss counterpart Ignazio Cassis.

The State Department later pointed to remarks Trump had made nearly a year ago in which he said he was willing to hold talks with Iran without conditions.

Responding to Pompeo’s latest remarks, Rouhani said on Sunday it was up to the United States to return to the negotiating table and resume compliance with the 2015 deal.

“The other side that left the negotiating table and breached a treaty should return to normal state,” he said in comments reported on the government website.

He presented the offer of talks with no pre-conditions as a sign of Iran’s strength: “The enemies sometimes say they have conditions for negotiations with Iran… but in recent weeks they said they have no conditions. They threatened us as if they were a military superpower, but now they say they do not seek a war,” he said.

Iran’s foreign ministry spokesman Abbas Mousavi said: “The Islamic Republic of Iran does not pay attention to word-play and expression of hidden agenda in new forms.”

Both sides have made seemingly conflicting remarks about the possibility of talks in recent weeks, while saying it was up to the other side to make the first move.

Rouhani had suggested on Saturday that Iran might be willing to hold talks if Washington showed it respect, but said Tehran would not be pressured into talks.

‘MAY WORK IN REAL ESTATE, DOES NOT WORK IN IRAN’

The Trump administration argues that the 2015 deal agreed by his predecessor Barack Obama is not strong enough, and that Iran can be pressed by new sanctions into signing a tougher deal.

Washington’s European allies say the U.S. decision to abandon the agreement was a mistake, which strengthens Iranian hardliners at the expense of Rouhani, a pragmatist who won two landslide elections on promises to open Iran up to the world.

Trump said last Monday he was hopeful Iran would come to the negotiating table. Supreme Leader Ayatollah Ali Khamenei said on Wednesday Tehran would not negotiate with Washington.

Khamenei, a hardline cleric in power since 1989, is Iran’s ultimate authority although the elected president is in charge of day-to-day affairs.

In an interview that aired Sunday on ABC’s “This Week”, Foreign Minister Javad Zarif saw little chance of taking up Trump’s offer, and said Trump’s tough negotiating techniques from his real estate career would fail in diplomacy.

“It’s not very likely because talking is the continuation of the process of pressure. He is imposing pressure,” Zarif said. “This may work in the real estate market. It does not work in dealing with Iran.”

A quarterly report by the U.N. atomic watchdog indicated on Friday that Iran was still abiding by the main limits set in the nuclear deal. Pompeo said Washington has its own “independent understanding of what is taking place there”.