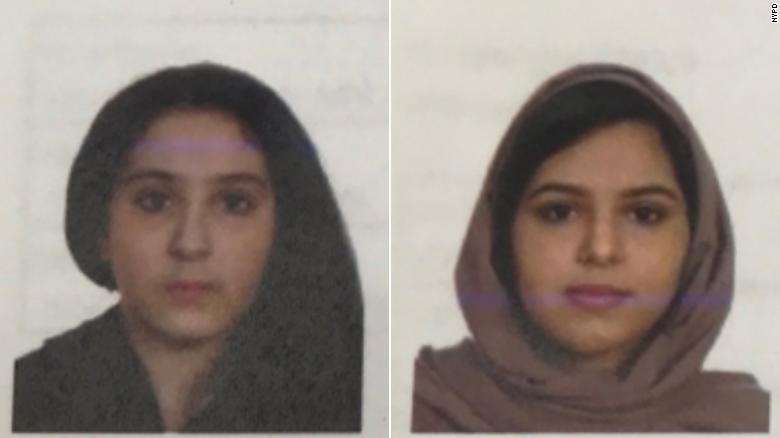 US officials have ruled that the two Saudi sisters whose bodies were found taped together along New York City’s waterfront last October committed suicide.

A passer-by spotted the bodies of Rotana Farea, 23, and Tala Farea, 16, on October 24 near Manhattan’s Upper East side with their feet and waist duct-tapped together. According to media reports, they had not been in the water long and were clad in similar black leggings and black jackets with fur trim.

“Today, my office determined that the death of the Farea sisters was the result of suicide, in which the young women bound themselves together before descending into the Hudson River,” New York medical examiner Barbara Sampson said in a brief report released on Tuesday.

The sisters’ family, originally from Jeddah, lives in Fairfax, Virginia.

According to US media reports, they ceased living with their family after they were allegedly abused and were living in a shelter-like facility.

However, the sisters’ family stated last year that the girls were happy and had no problems at home.

A relative told Arab News in October that Rotana and Tala were part of a “democratic family, they never had any issues and the eldest was sent to college in New York City with her family’s blessing.”

While Tala was reported missing by her family in August, she was later found to have run away from home to join her sister in New York, the report said.

The girls were described as shy, intelligent and academically gifted.