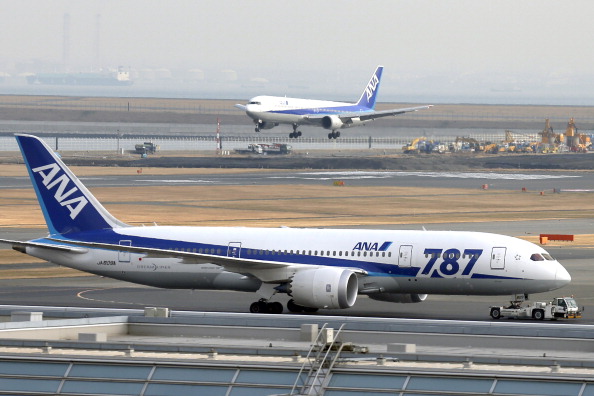 The Boeing 787 Dreamliner, grounded for months last year after battery overheating problems, is soundly designed and safe to fly, a joint review by the planemaker and the Federal Aviation Administration said on Wednesday.

The review, which was initiated by the FAA after a battery fire aboard a 787 in Boston in January 2013, encompassed the entire plane, not specifically the battery issue.

“They found that the 787 met its intended level of safety. The plane’s fundamentally sound design and the processes the FAA and Boeing had in place to detect and correct issues that emerged were the underpinnings for that conclusion,” FAA Administrator Michael Huerta told a telephone news briefing.

He said the review team did find some problems with Boeing’s manufacturing process and the way the FAA oversees it. He said the agency was “moving quickly to address those problems.”

The recommendations called for the FAA to improved its oversight of Boeing’s parts suppliers, including those outside the United States, and urged the company “to ensure suppliers are fully aware of their responsibilities.”

“The findings validate our confidence in both the design of the airplane and the disciplined process used to identify and correct in-service issues as they arise,” Conner said in a statement.

Richard Aboulafia, analyst with the Virginia-based Teal Group, said he remained concerned that Boeing’s drive to extract cost savings from suppliers on its new 777-X aircraft would add risk to that program, much as its work on the 787 was initially delayed by its over-reliance on development work by suppliers.

By threatening to put suppliers on a “no fly” list if they did not agree to significant cost reductions, he said, Boeing was restricting its ability to choose among proven suppliers.

The Boston fire on the 787 and another battery incident in Japan several days later prompted regulators to ground the 787 for 3-1/2 months last year. The batteries are made by Japanese firm GS Yuasa Corp.

The plane has also suffered a series of mishaps with fuel line, brakes, electrical panels, hydraulics, and other systems.

Boeing redesigned the lithium-ion battery, charger and containment system to ensure battery fires would not put the plane at risk, and the Dreamliner was returned to service.

Two months ago, however, a battery aboard a Japan Airlines Dreamliner emitted white smoke and showed signs of melting in an incident at a Tokyo airport.

The battery issues are still being investigated by the U.S. National Transportation Safety Board.

The 250-seat Dreamliner, launched in 2004, is built with carbon-fiber composite materials and a powerful electrical system to reduce weight and improve fuel efficiency. It was more than three years late to enter service after issues with parts.

The latest problem emerged two weeks ago when Boeing said “hairline cracks” had been found in the wings of about 40 787 Dreamliners being built. Wing-maker Mitsubishi Heavy Industries Ltd notified Boeing in February of the problem.

A total of 115 Dreamliners are in service at 16 carriers. United Airlines is the only U.S. carrier to fly the 787.