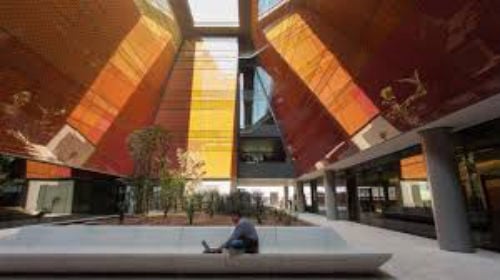 The Centre for Innovation and Security Solutions (CISS) is the first of its kind outside the United States, the company said in a statement.

Located in the incubator building at Masdar City, the centre is a reconfigurable, multi-purpose facility and will not be restricted to providing only security solutions, the statement added.

The centre is also the result of a partnership between the American defence firm and the UAE government to develop the skills and expertise in the country.

Although the collaboration between the UAE government and Lockheed Martin was initially on defence programmes, it later branched out to include fields such as energy, cyber security and sustainability.

“The centre will facilitate capacity building and stimulate knowledge transfer by enabling access to Lockheed Martin’s extensive network of laboratories, research facilities and centres of excellence across the globe.”

Lockheed Martin and Masdar have partnered previously to work on nano technologies and to study about materials with applications in aircraft fuselage design, plastics and water-desalination programmes, among others, the company said.

In addition, the US firm is also partnering with other educational institutions in the UAE such as Khalifa University and Abu Dhabi Polytechnic to train Emirati students.

Earlier this year, reports indicated that Lockheed Martin also held talks with the UAE government for a military deal worth $270 million, where the former was looking to sell 30 F-16 Block 61 aircraft to the Emirates.