US contractor killed in rocket attack on Iraqi base - Gulf Business 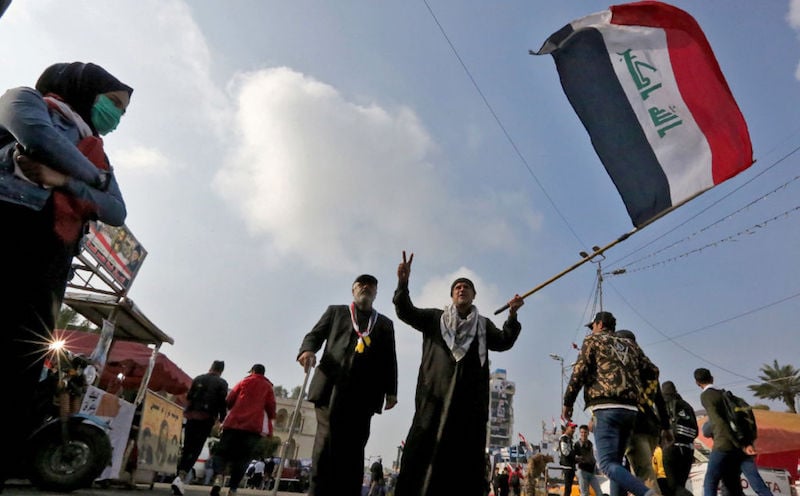 A rocket attack on an Iraqi military base killed an American contractor and wounded several U.S. and Iraqi military personnel, the Defense Department said on Friday evening.

Iraqi security forces were “leading the response and investigation” following the Friday night assault on the base in Kirkuk, where coalition forces are based, the Pentagon said in a statement.

The names of the contractor and the wounded Americans were not immediately released, and the statement did not provide any further details.

Rocket assaults on or near Iraqi installations that host American troops and personnel have occurred since the fall, and Pentagon officials, including Defense Secretary Mark Esper, have expressed increasing concern about Iranian involvement.

Tensions have been rising across the region, with Iran violently putting down its own protests, and Turkey invading Kurdish territory in northern Syria after President Donald Trump announced a pullout of American forces there.

Early this month, rockets were fired at two Iraqi air bases where American forces are stationed. Seven rockets struck the perimeter of the Al Asad base, and five projectiles landed inside Balad. At Al Asad, the Iraqi army later found a truck rigged to fire rockets with seven empty tubes and eight unfired projectiles.

No one was hurt in those attacks, which were believed to be the work of militants with ties to Iran, according to a U.S. official.

On Thursday, Iraqi President Barham Saleh offered to resign as weeks of deadly protests showed no sign of easing. Mahdi remains in office until a successor is found. Protesters rejected one nominee, and Saleh rejected the candidacy of a second.

Some 500 people have died in clashes between security forces and protesters since Oct. 1, according to Iraq’s independent High Commission for Human Rights. Iraqis, mostly from the Shiite majority population, are protesting against corruption, poor services, and Iran’s sweeping influence in the country.