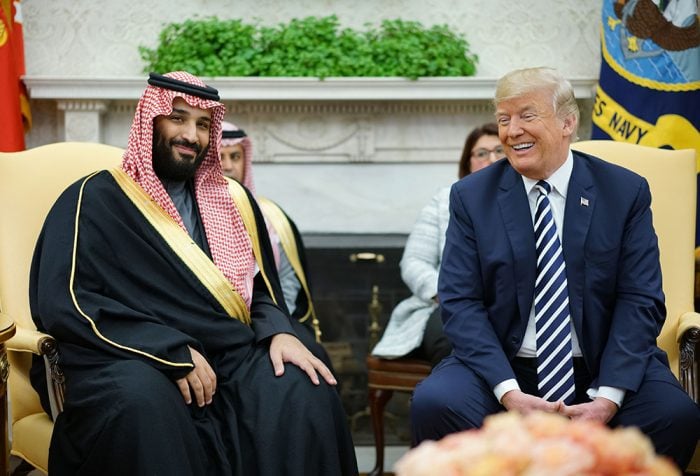 The US State Department has approved the possible sale to Saudi Arabia of TOW anti-tank missiles, part of a bigger $1bn package that also includes helicopter maintenance and spare parts for military vehicles.

The department said it had notified the US Congress on Thursday of the possible sale, which kick-starts a formal congressional review process.

Saudi Arabia requested to buy 6,600 TOW missiles and an additional 96 for training for a total of $670m, the State Department said in a statement.

The proposed sale would improve the security of an important ally in the Middle East, it added.

“The proposed sale of TOW 2B missiles and technical support will advance Saudi Arabia’s efforts to develop an integrated ground defense capability,” the department said.

In addition, the State Department said it had also approved the possible sale worth $300m of parts for Saudi Arabia’s fleet of Abrams tanks and armoured vehicles.

Furthermore, it also gave the green light for the proposed sale of equipment and services worth $106.8m for Saudi Arabia’s fleet of military helicopters

Earlier on Thursday, US Secretary of Defense Jim Mattis told Prince Mohammed there was an urgent need to find a political solution to Riyadh’s campaign in Yemen’s war. The conflict has displaced more than 2 million people and driven the country to the verge of widespread famine.

On Tuesday the US Senate killed a resolution seeking an end to US support for Saudi Arabia’s involvement in Yemen.