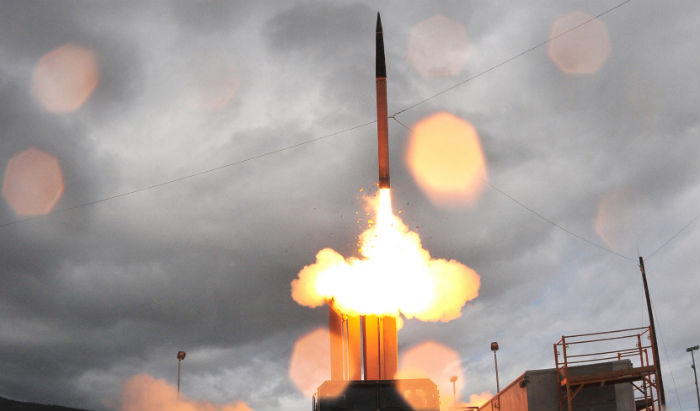 The US has approved the potential sale of a THAAD anti-missile defence system to Saudi Arabia for an estimated $15bn.

The Pentagon confirmed the agreement on Friday, which will allow the kingdom to purchase 44 launchers and 360 missiles as well as fire control stations and radars.

“This sale furthers US national security and foreign policy interests, and supports the long-term security of Saudi Arabia and the Gulf region in the face of Iranian and other regional threats,” the Pentagon’s defence security cooperation agency said.

US President Donald Trump is expected to decertify a nuclear deal reached by the government of his predecessor Barack Obama with the Iranian government in the coming days.

This follows tensions between Iran and Western powers regarding its ballistic missile programme, which the US says is in violation of the 2015 nuclear agreement.

Iran argues missile tests conducted this year have been for defensive purposes only, but recent reports citing Iranian and Western officials have suggested it may be open to talks over the programme to reduce tensions.

The prime contractor for the Terminal High Altitude Area Defence system is Lockheed Martin Co, with Raytheon Co also playing an important role in deployment. It is currently used in South Korea to guard against ballistic missile attacks from North Korea.

In Saudi Arabia’s case, the system could defend against ballistic missiles that have been fired at the kingdom from Yemen by Houthi rebels and loyalists to former Yemeni President Ali Abdullah Saleh.

There have been several missile attacks on the kingdom’s southern cities since it entered the civil war on the side of the internationally recognised government of President Abd-Rabbu Mansour Hadi in 2015.

The US and Saudi Arabia have a long history of arms agreements, with a $110bn deal signed during President Trump’s visit to the kingdom expected to mean more announcements in the coming years.

The US State Department approved the potential sale of more than $1.4bn of military training and equipment for the kingdom in June.

With contributions from agencies