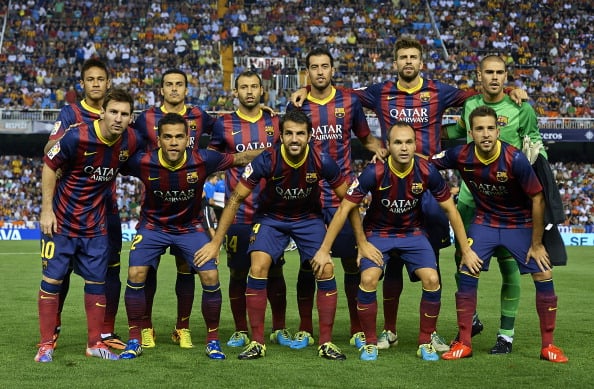 Under the deal, UAB will serve as the club’s official partner in the UAE and plans to create a range of customised Barca-themed products for local football fans.

UAB said it is hoping to tap into the UAE’s passion for football and reach a large number of football followers.

Paul Trowbridge, CEO, UAB, said, “The club enjoys tremendous popularity amongst UAE football fans and so the alliance creates a great platform for us to incentivise our clients with a range of FC Barcelona privileges including hospitality match tickets, Barca-themed banking products, official merchandise and more.

“The club’s selection also reiterates our position as one of the major players in the banking sector in the region and this partnership will help them fulfill their aspirations in the emirates.”

Javier Faus, vice president, Economic and Strategic area, FCB added, “We have chosen UAB for many reasons. These include its capacity for growth, being the fastest growing bank in the UAE, and the enthusiasm it puts into its projects. Our club and our members share the same passion for football.”

Along with plans to roll out various Barca-branded products and services, the bank will also reward 1000 customers with exclusive hospitality seats to watch FC Barcelona live over the next three years, it said.

FC Barcelona has strong ties with the GCC region, and recently signed a 95.5 million euro sponsorship deal with Qatar Airways. The shirt-sponsorship deal is part of a $225m five-year agreement between the club and Qatar Sports Investments.