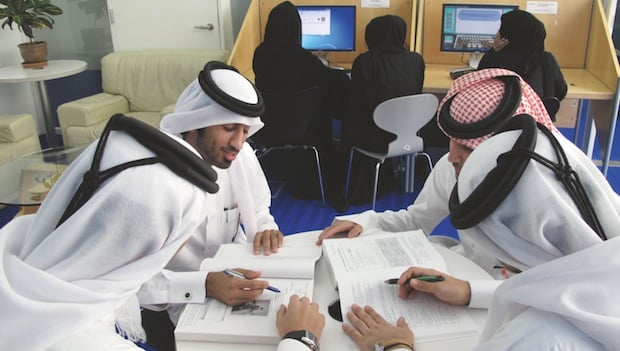 Young Arabs are less optimistic than they were 12 months ago as factors including unemployment, poor education and the election of Donald Trump impact sentiment, according to a new report.

PR agency ASDA’A Burson-Marstellar’s Arab Youth Survey of 3,500 18 to 24 years olds in the MENA region found that only 52 per cent were optimistic about the direction their country was heading compared to 64 per cent last year.

Key to this perspective was the perception that governments could do more to address problems and issues.

Although 81 per cent of those surveyed said their governments could do more overall, in the Gulf 86 per cent said governments were putting policies in place to benefit young people compared to 25 per cent in the Levant and Yemen.

“The stark divide between the responses of youth in the GCC nations and those in the Levant and North Africa is clearly related to the huge differences in access to opportunity,” said Sunil John, founder and CEO of ASDA’A Burson-Marsteller.

The survey also revealed changing opinions on threats facing the region, with terrorist group Daesh tying with unemployment as the top concern for 35 per cent of respondents after leading in 2016. This came as 61 per cent of those surveyed indicated the group was getting weaker.

In a panel after the findings were revealed, entrepreneur and founder of Wamda Fadi Ghandour suggested the issue of Daesh had been “overblown” and was only a concern in the region’s failed states.

But the issue of unemployment, where concern increased 9 per cent to 51 per cent in this year’s survey was more broadly agreed by panellists.

Also speaking on the panel, Emirati businessman Mohamed Alabbar suggested governments and institutions had not “managed” the issue well and in some cases lacked “discipline” or the right advisors.

Young people in Iraq (69 per cent), Algeria (64 per cent) and Bahrain (60 per cent) expressed the most concern in this area.

Another surprising concern was the election of US President Donald Trump, who had only been in office for weeks during the survey period from February 7 to March 7.

More than four fifths (83 per cent) of respondents viewed Trump unfavourably, compared to 77 per cent and 52 per cent for his predecessors George Bush and Barack Obama.

Some 70 per of those surveyed said Trump was anti-Muslim and 49 per cent said his travel bans affecting Muslim countries would make it easier for terrorist groups to radicalise Muslims.

Trump’s election was cited as the development that would have the biggest impact on the Middle East over the night five years by the most respondents, followed by the rise in oil prices, Daesh’s loss of territory, the breaking of Saudi Arabia’s diplomatic ties with Iran and the conflict in Yemen.

Sixty four per cent of Young Arabs said they were concerned, scared or angry about Trump’s presidency compared to 19 per cent that were excited, optimistic or hopeful.

Similarly 49 per cent of respondents said America was somewhat of an enemy or strong enemy, up from 32 per cent in 2016, and 46 per cent said the US was an ally, down from 63 per cent the previous year.

Quality of education was also a concern for many respondents, with 49 per cent saying they were not satisfied with the current level of preparation to help students find work.

However, opinions again remained largely split, with 80 per cent of GCC respondents satisfied with current job preparation compared to 33 per cent in North Africa and 34 per cent in the Levant and Yemen.

Alabbar suggested the ability to pay for quality education in the region was a key issue, particularly given that rising costs meant private education was often out of reach of those who needed it most.

The UAE was found to be country most young Arabs wanted to live in, at 35 per cent compared to 13 per cent last year, while the emirates was also cited as the top country respondents wanted their home nation to emulate, at 36 per cent from a quarter in 2016.

There were also surprising findings in the area of Arabic language, with 80 per cent of respondents describing it as central to their national identity but 60 per cent suggesting it was losing value and 54 per cent saying there were using English more than Arabic in their daily lives. This was up from 46 per cent the previous year.

Ghandour expressed surprise at this finding in particular given the growing use of Arabic on social networks and the rising percentage of Arabic content online.

In addition, the survey revealed changing habits to social media, with 35 per cent of respondents saying they get their news from Facebook, compared to 31 per cent online new stories, 30 per cent TV channels and 9 per cent newspapers.