Uncertainty is the new norm in 2017 - Gulf Business 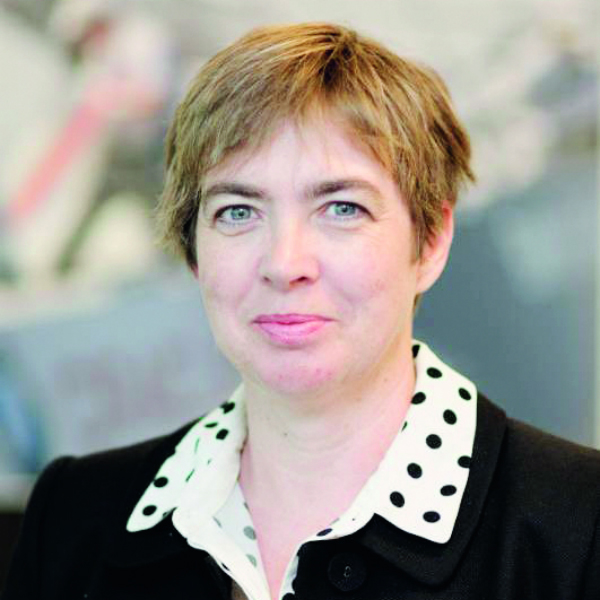 With all the news we saw in 2016, it’s safe to say that the year was unpredictable, to say the least.

At this time last year, who would have thought that the UK leaving the European Union was a plausible scenario, or that Donald Trump had a legitimate shot at the United States presidency? Yet fast forward to 2017 and here we are.

If 2016 has taught us anything it is that making predictions is an inexact science. The past 12 months has clearly shown that analytical commentary from pundits and experts from various quarters can be completely turned on its head.

With that in mind, the most obvious prediction for 2017 is unpredictability.

Digital transformation will continue at a pace that makes 12 months a very long time in business. Predicting the extent to which traditional industries will be disrupted in that time frame isn’t easy. Similarly, the uncertainty surrounding the global economy is not going to go away any time soon, as we wait to understand the impact of a new president and his administration in the US, and the spectre of Brexit hanging over the European Union.

To respond to these developments – and more that may arise in the coming weeks and months – in the coming year, businesses need to be versatile and plan for multiple contingencies. They should plan for extremes in currency fluctuations, rising and falling commodity prices and the repercussions of any number of variables within their supply chain.

It is not a failure of planning to admit we don’t always know what we are planning for. In the current economic climate, several variables inevitably come into play and are beyond our control. The key to astute business sense is knowing how to make the best of any situation.

Another area of uncertainty is the extent to which technology will play a role in shaping businesses. From where we stand right now, the technological landscape could not be more exciting. We are on the cusp of potentially highly disruptive technologies, such as artificial intelligence and robotics, becoming mainstream. They will be responsible for bringing investment cost into businesses but taking out operating cost through increased automation.

Businesses must balance those scales throughout 2017, while accepting the fact that they cannot ignore the need to modernise.

However, not everything will come from left field in 2017. There is still much that businesses can plan for with surety. Business planning for new regulations such as IFRS 15 – which will be fully in force by 2018 – and increased scrutiny on multinational companies’ tax arrangements, accounting and transparency, will all increase in 2017. Finance teams need to know how new or tightened regulations will affect them and should plan well in advance for the potential impact.

For all the challenges, it is also crucial that organisations focus on growth, and ensure their own business model matures and evolves with the times. Failure to do so carries its own set of inherent risks. But growth plans need to be built on solid foundations, especially at a time when there is a very fine line between risk and reward.

Times have changed and the CFO is assuming an even greater level of importance when it comes to decision-making within organisations. CEOs and lines of business are already increasingly leaning on the CFO for insights, guidance and reassurance. CFOs, therefore, are less focused on reporting and more focused on forward planning, risk analysis and making investment decisions. This trend will become more prevalent throughout 2017, a year in which the CFO will truly emerge at the centre of decisions that shape businesses.

However, to better facilitate such decision-making, CFOs will need to gain clearer insight into the whole business. This will mean ensuring transparency across lines of business and the systems they use. This must be a focus for 2017. Data silos will increasingly become the enemies of accurate and successful decision-making.

If 2016 is anything to go by, 2017 looks likely to be a busy year for the finance department and one that will shape the future of their business – they just need to be prepared for the fact that they may not know in what way that change will come about.