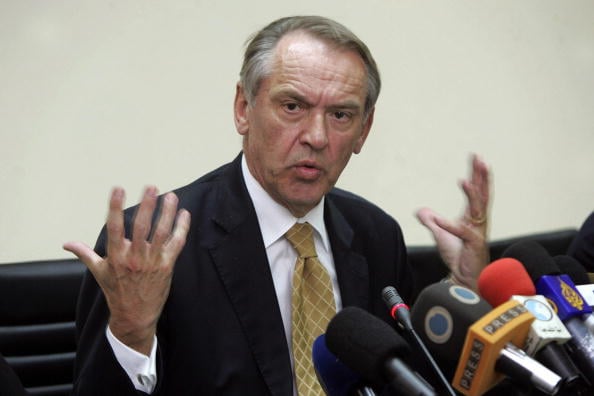 After another deadly attack on a U.N. school in Gaza sheltering Palestinians from fighting between Israel and Hamas militants, the United Nations declared “enough is enough” on Wednesday and asked – when civilians are warned to leave, where do they go?

With 1.8 million people living in a Mediterranean enclave he described as the size of Detroit and Philadelphia, a disheartened U.N. Deputy Secretary-General Jan Eliasson said there was nowhere for people to flee the conflict that has killed some 1,200 Palestinians.

“This is a moment where you really have to say ‘enough is enough’ and you have to search for the right words to convince those who have the power to stop this,” Eliasson told reporters at the United Nations.

Israel says it regularly warns residents by phone calls, text messages, leaflets and dud missiles launched on their roofs to warn them in advance of attacks. But Eliasson asked: “Where do they go? There’s very few places to go in Gaza.”

At least 16 people were killed and some 100 wounded when an Israeli artillery struck a U.N. school at dawn on Wednesday in Gaza’s biggest refugee camp, Eliasson said. The United Nations is protecting more than 200,000 people at its facilities.

Speaking in Costa Rica earlier on Wednesday, Secretary-General Ban Ki-moon condemned the attack as outrageous and unjustifiable. “It demands accountability and justice,” he said. “Nothing is more shameful than attacking sleeping children.”

He said the precise location of the school had been communicated to Israeli military authorities 17 times, most recently on Tuesday night just hours before the attack.

Senior U.N. aid official John Ging told reporters in New York this was the fifth U.N. school sheltering civilians that had been struck during the 23-day conflict. At least 15 people were killed on Thursday when another U.N. school was struck.

“These locations are not safe. Nowhere is safe,” Ging said. “They are being told flee areas, get out of areas, but to where? Where should they go?

“If this were a conflict elsewhere in the world they would at least have the option of crossing borders and seeking sanctuary in neighboring countries. They don’t have that option,” Ging said. The Gaza Strip borders Israel and Egypt.

Three caches of rockets have also been found in vacant U.N. Relief and Works Agency schools during the conflict, prompting Ban to warn last week that those responsible were “turning schools into potential military targets.”