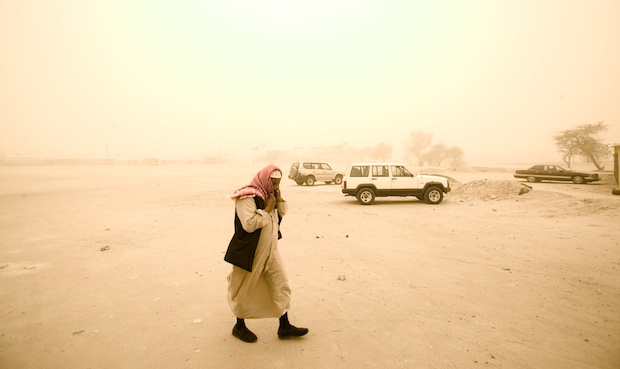 A special United Nations committee has been set up to examine whether a 54 degrees celsius temperature recently recorded in Kuwait is the highest-ever in Asia.

The extreme temperature was recorded in the city of Mitrabah in Kuwait on July 21.

The committee, consisting of meteorologists and climatologists, is being established by UN agency World Meteorological Organization (WMO) and will also verify whether the temperature has set a new high for the entire Eastern hemisphere.

“The committee will examine the instrumentation used, the quality of observations, the microclimate of the location, the representativeness of the [weather monitoring] station to its surroundings and to its own record,” the agency said in a statement.

Large parts of the Middle East and North Africa have been affected by heatwaves since last week, with temperatures exceeding the seasonal averages by a large margin, the report added.

The city of Basra in Iraq also reported 53.9 degrees celsius on Friday, July 22.

The conditions have prompted health warnings with the refugee population in the Middle East in particular suffering severely from the extreme heat, WMO said.

According to official archives, the hottest temperature ever recorded on earth was in Furnace Creek, Death Valley, California at 56.7 celsius on July 10, 1913.

“However, these records are subject to regular review,” the agency noted.

Global temperatures for the first six months of this year reached new highs, setting 2016 on track to be the hottest-ever on record, WMO last week.

“Another month, another record. And another. And another. Decades-long trends of climate change are reaching new climaxes, fuelled by the strong 2015/2016 El Niño,” said WMO secretary-general Petteri Taalas.

The El Niño event, which turned up the earth’s thermostat, has now disappeared, but “climate change, caused by heat-trapping greenhouse gases, will not,” he stressed.

“The length, frequency and intensity of heatwaves will likely increase further during this century, according to the Intergovernmental Panel on Climate Change,” said WMO.

“The science of attribution is making it possible to analyse individual events and assess the role of climate change played, rather than natural variability,” it added.