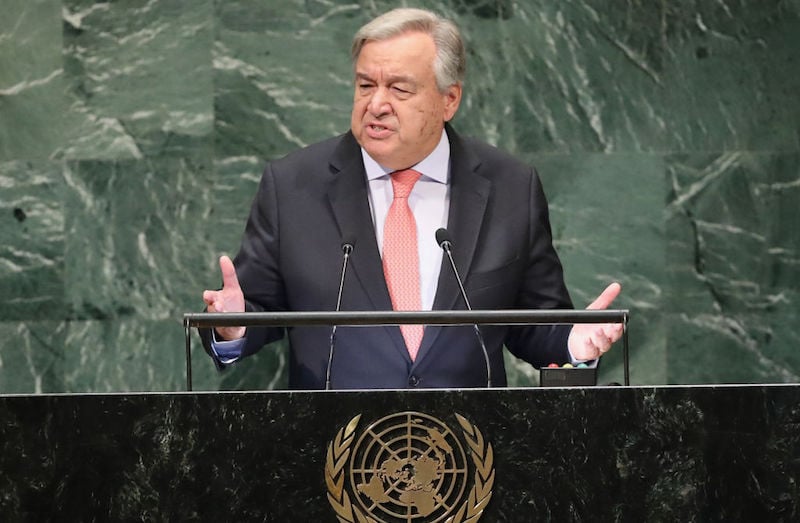 United Nations chief Antonio Guterres warned on Sunday that it is essential to avoid “any form of escalation” in the Gulf as tensions continue to rise following the shooting down of an unmanned U.S. drone this week by Iran.

“The world cannot afford a major confrontation in the Gulf,” Guterres said on the sidelines of the World Conference of Ministers Responsible for Youth in Lisbon. “Everybody must keep nerves of steel.”

On Thursday, an Iranian missile destroyed a U.S. Global Hawk surveillance drone, an incident that Washington said happened in international airspace. Trump later said he had called off a military strike to retaliate because it could have killed 150 people.

Tehran repeated on Saturday that the drone was shot down over its territory and said it would respond firmly to any U.S. threat.