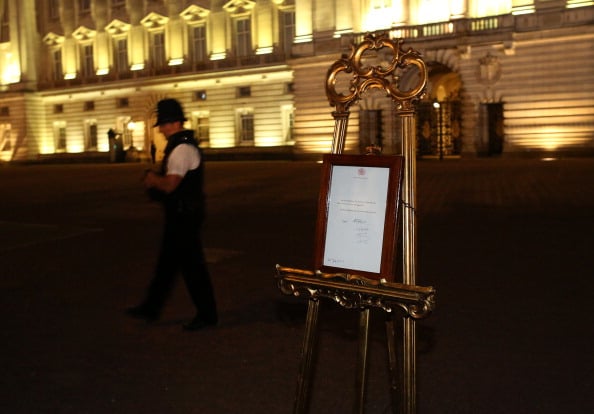 The Duchess of Cambridge has given birth to a baby boy, the first in a new generation to the UK’s royal family and the third in line to the throne.

Both baby and the Duchess, Kate Middleton, are reported to be well. The couple has yet to announce the baby’s name.

The boy, weighing 8lb 6oz was born at St Mary’s hospital in London at 16:24 BST on July 22, amid fevered speculation in recent weeks. Large crowds gathered outside the hospital on Monday morning as it was officially announced that the Duchess went into labour in the early hours of the day.

The Duke of Cambridge said in a statement that the couple “could not be happier”.

In accordance with tradition, the announcement of the baby’s sex and details such as the weight were made in a palace-headed paper that was placed on an easel on Buckingham Palace’s forecourt.

The Duke, Prince William, married Catherine Middleton in a public ceremony full of British pomp and pageantry in April 2011.