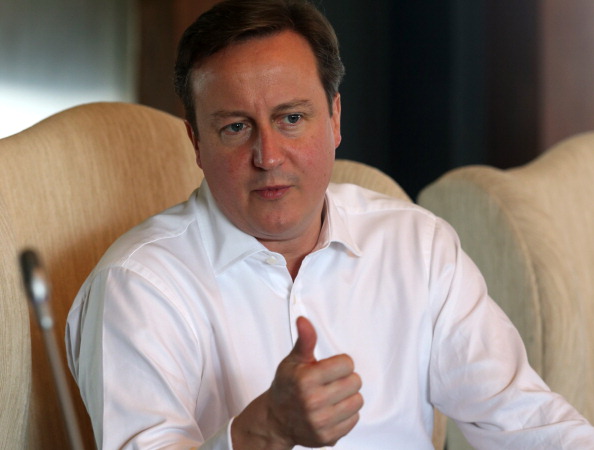 “Don’t do it,” Cameron said when asked about the case of Ali al-Nimr, who was handed the death penalty after taking part in demonstrations in Saudi Arabia’s oil-producing Eastern Province.

Cameron said that although Britain and Saudi Arabia worked closely on issues such as national security, the British government had raised its concerns about Nimr’s case and general human rights in the country.

“We never stint in telling them that we don’t agree with them on this human rights issue,” he told the BBC on the first day of his Conservative Party’s annual conference in the northern city of Manchester.

Nimr was convicted of sedition, rioting, protesting and robbery in the Eastern Province district of Qatif, home to many of the Sunni Muslim-ruled kingdom’s minority Shi’ites, who say they face entrenched discrimination.

Nimr, who activists said was 17 at the time of his arrest in 2012, was also convicted of chanting anti-state slogans in illegal protests and inciting others to demonstrate, according to state media.