UK to open military base in Oman - Gulf Business 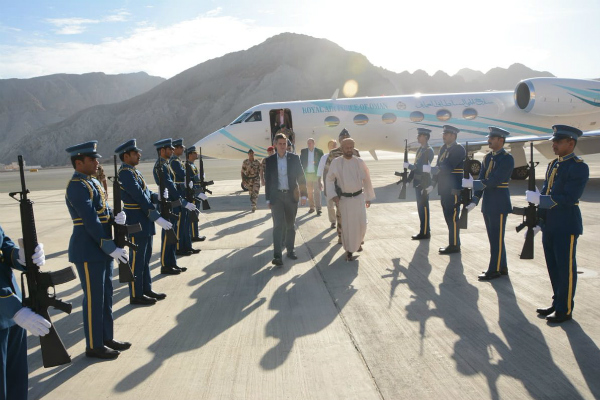 The United Kingdom (UK) will open a military base housing hundreds of troops in Oman next year.

The announcement follows the conclusion of a five-week joint military exercise between the UK and Oman, which saw 5,500 British soldiers train alongside 70,000 Omanis.

Operation Saif Sarea 3 saw British tanks, fighter jets and warships transported to the sultanate for a joint programme designed to mimic an invasion.

UK defence secretary Gavin Williamson, who was in Oman for the final days of the exercise, confirmed the base would open in March – the same month the country is scheduled to leave the European Union.

“The symbolism of this Omani British base opening as we exit the European Union I hope isn’t lost on people,” he said.

“This is the largest military exercise that is going on in the world at present. Britain isn’t retreating from the world. We are stepping out.”

Britain also reached a reach with Oman last year to use the seaport of Duqm for its warships.

The country, which also opened a $52m permanent naval support base in Bahrain in April with the capacity for 500 military personnel, last had a permanent presence in Oman in 1971.