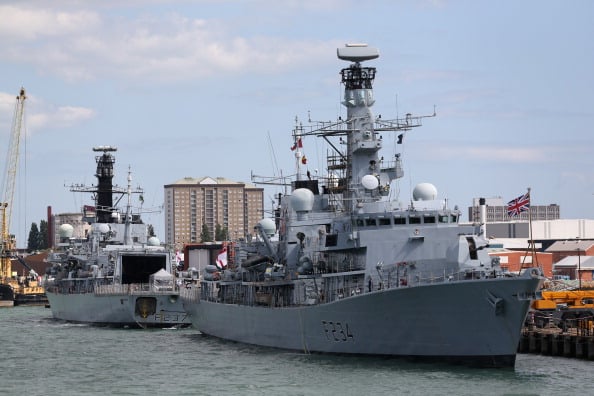 The United Kingdom has started construction of its first permanent Middle East military base in Bahrain, a sign that it is fortifying its military presence in the region.

The base, in the Mina Salman Port in Bahrain, is the first permanent British presence in the region after the country formally withdrew in 1971, ceding independence to the Gulf states. The new military station will host ships such as destroyers and aircraft carriers, according to officials.

The ground breaking ceremony for the naval base was done on October 31, Bahrain’s news agency BNA reported.

British Foreign Secretary Philip Hammond, who was on the ground to flag off the event, later tweeted that the new royal navy base is a “symbol of UK’s enduring commitment to Gulf security”. Bahrain’s Foreign Minister Sheikh Khalid Al Khalifa said that the new base would further cement the partnership between both countries and help the troops to carry out their duties effectively.

British ships have had a temporary presence in Mina Salman Port, which is also home to the United States Navy’s Fifth Fleet.

The military navy base will be built at a cost of $23m (Dhs 85m). The majority of the sum will be funded by the Bahrain government, while the UK government will pay ongoing costs, according to an earlier report. The base is expected to be completed next year.

The UK, which reached an agreement to build the military base last year, has also indicated that the base will help support its operations in Iraq, where it is part of a US-led coalition conducting air strikes against Islamic State in Iraq and the Levant. It will also be used to conduct operations against piracy and for aerial surveillance.

British Defence Secretary Michael Fallon said last year that the new base would “enable Britain to send more and larger ships to reinforce stability in the Gulf.”

Gulf countries are valuable military allies for the UK and the US, with many of them hosting western military troops. Last year, the US announced plans to deploy 2,300 troops in Kuwait as part of a crisis management task force. The unit would deal with emergencies and be prepared to move rapidly in case of contingencies, the Pentagon said.