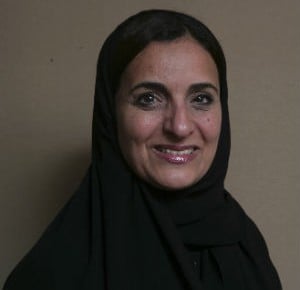 Tejari, an online procurement platform based in Dubai, plans to more than double headcount from 40 employees to around 100 within the next three years, according to Nader Sabbaghian, the managing director of the firm.

“Our business plan focuses on realistic growth, and some of this growth will come from opening offices in other countries in the Middle East like Qatar and Saudi Arabia,” Sabbaghian told Gulf Business.

“We already have some clients in Kuwait, Oman and Saudi Arabia, but the bulk of operations and revenues currently comes from the UAE,” he said.

The value of the transactions handled by Tejari reached $250 million in 2011, and is expected to hit between $2- $3 billion this year. The main reason for the steep increase is because of new clients such as the government of Abu Dhabi and Etihad.

According to Sabbaghian, the aim is to make Tejari a $20 million company in the next three years.

While there is no plan to extend the range of product offering, the focus is on convincing regional organisations to adopt the existing technologies into their business, he said.

“This region, in terms of adoption of these technologies in mid- to large size organisations, is behind Europe and US. But it is very quickly catching up. In fact the desire and motivation to adopt [these technologies] is sometimes stronger than we even see in the West,” said Sabbaghian.

According to Sheikha Lubna Al Qasimi, the minister of foreign trade and the founding CEO of Tejari, the key is to convince a company’s purchase department.

“The procurement managers may think that this product has come to replace their jobs. But if you convince them that this is a powerful tool to make their role even stronger, they automatically convert to it,” she said.

And as the region begins encouraging innovation and implementing new technologies, Tejari’s future looks “extremely promising,” according to Sabbaghian.

Tejari, a joint venture owned by DP World and BravoSolution, will also benefit from the latter’s extensive reach and spread.

BravoSolution, one of the largest e-procurement companies in the world, makes around $80 million in revenues, and counts the London Olympics 2012, PepsiCo and Unilever among its clients.