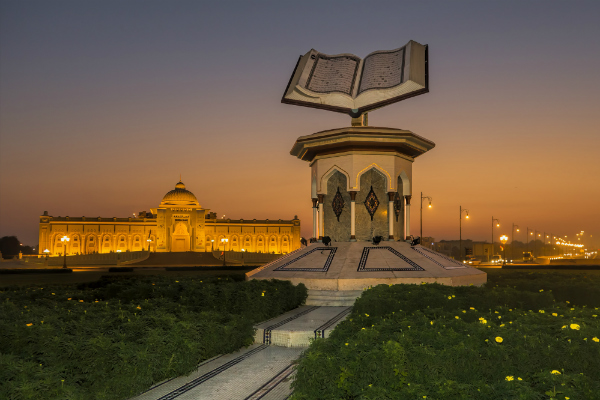 The UAE’s Sharjah has become the first city in the GCC and third in the Arab world to be awarded the title of World Book Capital by the United Nations Educational, Scientific and Cultural Organisation (UNESCO).

UNESCO said the emirate was awarded the title for its efforts in supporting local and regional publishing, promoting reading, making books accessible to the population, the quality of its literary and cultural activities and the embracing of intercultural, knowledge-based dialogue.

The organisation’s experts reached the decision at a meeting held at the headquarters of the International Federation of Library Associations in the Netherlands.

Sharjah is the 19th city to receive the title and will officially be named World Book Capital after Conakry in 2017 and Athens in 2018.

“We are so proud to have been recognised on a global scale for literary excellence, and having our name being put on the same platform with some of the world’s frontrunners in the world of books and reading,” said Sheikha Bodour bint Sultan Al Qasimi, president of the Emirates Publishers Association and head of Sharjah’s World Book Capital Organising Committee.

“His Highness the Ruler of Sharjah’s insistence on knowledge being a conscientious human choice that goes beyond the arts and literature to include a space for free exchange of ideas within the Arab world, has helped us as a region to consolidate efforts regionally and globally.”

Sharjah hosts more than 1,500 publishers from across the world at its annual book fair along with a number of other key literary events including the Sharjah Children’s Reading Festival.

The emirate has also launched the ‘Kitabi Al Awal’, ‘My First Book’, initiative, which aims to develop a love for books and stories among newborns, resulting in the gifting of 5,000 book hampers to expectant mothers across the UAE.

On top of these efforts, the city was the first in the UAE to open a formal school and public library and it houses many cultural institutions including the Emirates Publishers Association, the Emirates Writers Union and the UAE Board on Books for Young People.

It is also home to Sharjah Publishing City, which aims to support writers, translators, illustrators, literary agents and copyrights professionals.

The emirate will be rolling out a range of activities and events during 2019 to mark the achievement.