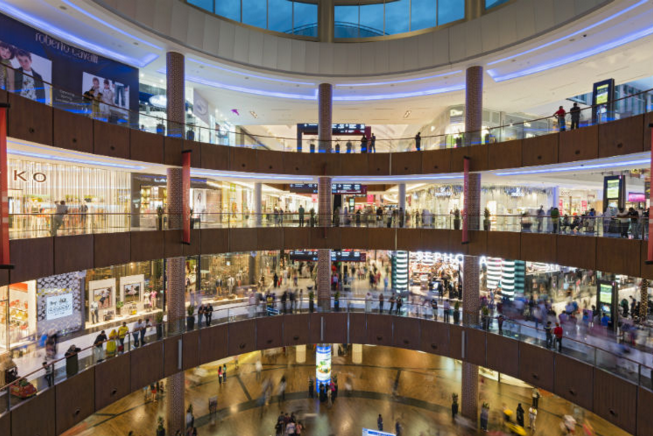 The United Arab Emirates’ brick-and-mortar retail sector is continuing to boom despite the challenge posed by the growth of e-commerce, according to leading experts.

Currently, the retail sector constitutes 11 per cent of the UAE’s gross domestic product. It also accounts for 23 per cent of total foreign direct investment into the country.

That figure is expected to expand 7.7 per cent in 2016 and will continue grow at a compound annual growth rate of 8.1 per cent until 2020 with sales expected to surpass $52bn.

While Dubai and the wider UAE has seen a rise in e-commerce platforms in the last few years, experts say brick and mortar shops managed to maintain their stronghold.

“Retail, like other sectors, has seen a transformation over the centuries and continues to thrive and stay relevant because it has adapted and invested in different areas,” said chief executive officer of Edcon Bernie Brooks.

Speaking at the recent World Retail Congress event in Dubai, he said that shopping is now being seen as an “experience”.

“It offers a marvelous opportunity to have a fun day out with the family, to watch movies, to shop. Shopping is no longer the traditional Saturday morning chore,” he added.

A report released by property advisor CBRE found that UAE residents are the third biggest spenders on food and beverages worldwide, with 60 per cent of consumers visiting a mall just to eat or drink in comparison to 25 per cent in the United Kingdom.

Customers are not necessarily choosing between visiting a store and shopping online, opined director of Landmark group Aarti Jagtiani.

“It’s about looking at the challenge more holistically and putting the customer in the front. Both online infrastructure and store expansion must grow together. So I don’t think it can be split up and we should have one strategy across both,” she said.

“I think it’s the market circumstance that’s forcing retail to work harder by way of digitising. We have the largest loyalty program with 20 million members in the Middle East. So for us it’s more about leveraging from that and finding better solutions to offer our customer base.”