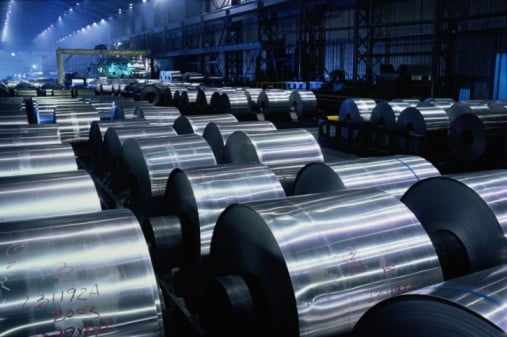 UAE-based Mulk Holdings has commissioned a $10 million plant to manufacture Alubond Composite Panels (ACP) in the Indian city of Mumbai.

Spread over 10 acres, the plant will primarily serve the growing Indian construction market, the company said in a statement.

The $10 million investment marks the development of the first phase of the plant, which will have a production capacity of one million square meters of composite panels per year when complete.

The plant has hired 35 professionals so far, and when fully operational, the overall project is expected to create more than 2,000 jobs in India.

The move is part of a Dhs300 million ($ 81.7 million) expansion plan initiated by the UAE-based conglomerate in 2011, that will see the company spread its footprint across Asia, Europe and Africa.

Nawab Shaji Ul Mulk, chairman of Mulk Holdings said: “Despite the challenging economic situation, we are still expanding our business. We are investing in seven manufacturing plants in India, Serbia, the UAE and other parts of the world, with a total investment outlay of around $210 million in the next three years.”

According to Frost & Sullivan, the ACP market in India is rapidly growing, with the domestic sector witnessing a rise of about 25 per cent year-on-year.

“This robust growth is mainly driven by the revolution brought in by the IT companies in architectural aesthetics of their buildings,” said S Venkatesan, director, Metals and Minerals Practice at Frost & Sullivan.

“They have rapidly become one of the emerging alternatives for exterior emulsions principally in commercial construction.”

The investment in India will help Mulk capture the local market base and improve its net revenue realisation because of the low cost of production in India, he stated.

“Additionally, they will be able to assist their Indian clients through just in time deliveries providing cost benefits along with establishing new accounts in India,” Venkatesan added.