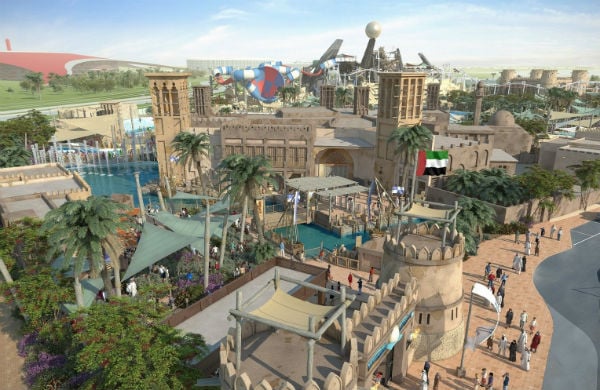 The UAE’s first mega waterpark will launch in Abu Dhabi in the New Year, with the park’s doors set to open to the public on January 24th.

The waterpark will also feature a mountain topped with a glittering pearl, an authentic wood-rafted souq and a giant falcon’s nest as one of the rides.

Developed by Aldar Properties, the park – located at the centre of Yas Island’s entertainment complex – pays tribute to the UAE’s pearl-diving heritage.

Mike Oswald, park general manager, said: “All the rides, slides and attractions are installed and the pre-opening testing stage has commenced to ensure that everything is in place in terms of safe and successful park operations.

“A few members of the public will be given access to the park in the coming days…then it will be all aboard for the public opening.”

The park’s attractions include five one-of-a-kind rides which it claims are unlike any elsewhere in the world.

One of them – the Dawwama – will be the world’s first hydromagnetic-powered 6-person tornado waterslide with the world’s longest run-in at 238 metres long.

“The countdown’s begun and we are sure visitors will be wowed by what’s in store,” added Oswald.

“The January opening will kick-start what we expect to be an extremely successful year for this all-year-round entertainment attraction.”