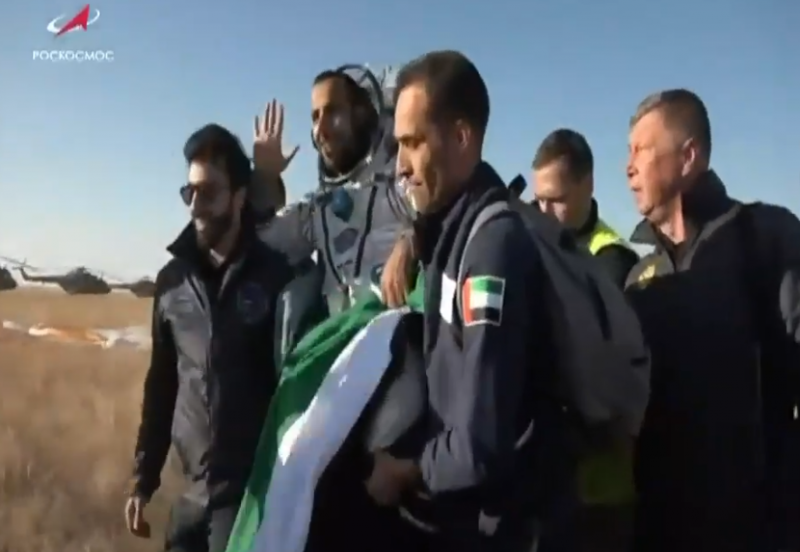 The first Arab to reach the ISS, Al Mansoori, took off from the space station in the Soyuz MS-12 spacecraft at around 11.36am UAE time, and touched down in Kazakhstan at around 2.59pm UAE time – on schedule.

The 35-year-old was accompanied by NASA astronaut Nick Hague and Russian cosmonaut Aleksey Ovchinin, who have both been aboard the ISS for 203 days. 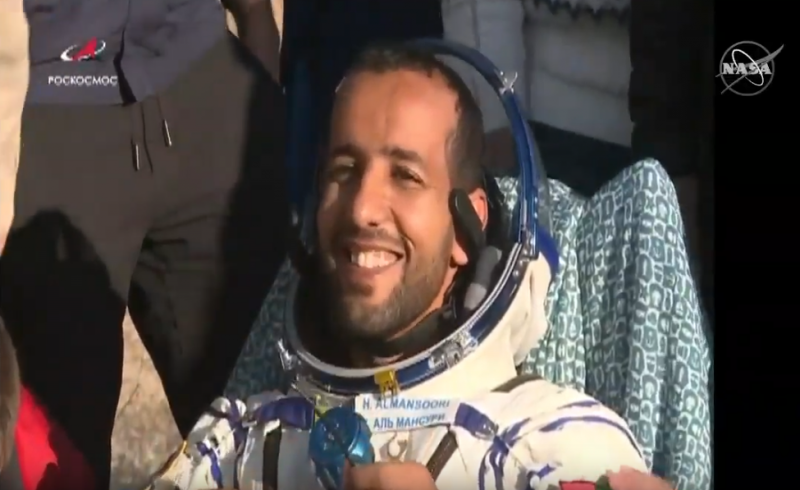 During his time in space, Al Mansoori completed approximately 128 orbits around the Earth and travelled an 3,394,335 miles, according to NASA.

The former military pilot conducted several experiments including a time perception study while onboard the ISS and also held live conversations with students and other groups at the Mohammad Bin Rashid Space Centre.

Astronaut Hazzaa AlMansoori during the fluidics experiment, which includes validation of fluid behaviour under microgravity. The first part of the experiment addresses technological issues relative to the slosh of fluids during satellite manoeuvres. pic.twitter.com/4E60ngSBJ0

During a Q&A session, he revealed that it was an “incredible feeling” to arrive in space and that seeing the Earth from above was his “most amazing moment”.

Al Mansoori also shared pictures of the UAE and Makkah from space and also dressed in a kandura on board the ISS.

An incredible image of Mecca from the @Space_Station pic.twitter.com/9EIfpHOjYl

Dressed for the occasion! Delighted for the opportunity to share part of our Emirati culture with the crew aboard the ISS. pic.twitter.com/r7sZoRwS89

Just before his departure on Thursday, he tweeted a picture of his hometown, Liwa from space.

My hometown, Liwa – Abu Dhabi from the @Space_Station pic.twitter.com/qy5Xr4CLrn