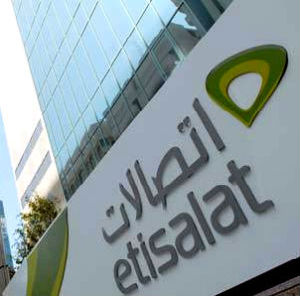 Etisalat, the United Arab Emirates’ No. 1 telecom operator, is committed to its Saudi Arabian affiliate Mobily, the former monopoly’s CEO said on Tuesday after the Kingdom’s regulator banned it from selling pre-paid SIM cards.

Etisalat, formally known as Emirates Telecommunications Corp., also reiterated it wants to up its stake in Mobily if given the chance.

“Etisalat is committed to this relationship and support of Mobily,” Chief Executive Ahmad Julfar said in an emailed statement to Reuters. “Etisalat has always maintained its keenness to strengthen its investment in Saudi Arabia through Mobily as it views the Saudi market as a very important and key market in its portfolio.”

The UAE firm has enjoyed mixed fortunes in expanding abroad and now operates in 15 countries across the Middle East, Asia and Africa, with Mobily – Saudi Arabia’s No.2 operator – one of its more successful investments after more than tripling its annual profit from 2007 to 2011.

Etisalat owns a 28-per cent stake in Mobily and has previously talked of increasing its holding.

“We are still eager to do so,” Julfar said on Tuesday.

Mobily said this indefinite ban would have little impact on earnings, but analysts warned it would hurt revenue if the dispute was not resolved quickly.

Etisalat had Dhs12.18 billion ($3.32 billion) of cash and cash equivalents on its balance sheet as of Sept. 30, so has the means to up its Mobily stake. Some analysts warn Mobily’s recent stock performance would make it a costly deal and that Etisalat should have made its move earlier.

Mobily’s shares stood at SAR71.75 on Tuesday afternoon, taking its gains to 67 per cent since March 2011’s 15-month low. The company’s market value is $13.44 billion, according to Reuters data.

Saudi bourse rules are unclear on foreign companies raising stakes in Riyadh-listed affiliates, but there is a precedent for telecoms, with Kuwait’s Zain upping its holding in loss-making Zain Saudi to 37 per cent from 25 per cent as part of the latter’s capital restructuring earlier this year.