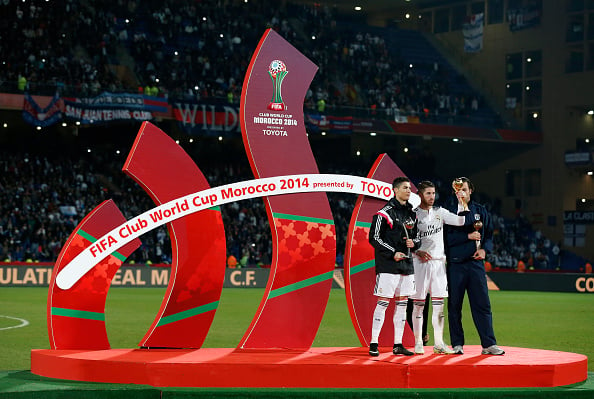 The UAE has been awarded the hosting rights for the FIFA World Club Cup in 2017 and 2018, official news agency WAM reported.

The decision to award the tournament to the UAE was taken at international football governing body FIFA’s executive committee meeting in Zurich on Friday.

FIFA organises the international club football tournament in mid-December every year. Champion clubs from each of the six continental confederations participate in the tournament, along the national league club from the host country.

During the two editions hosted in the UAE, local clubs Al Ahli Sports Club and Aljazira Sports Club took part in the tournament.

Sheikh Nahyan bin Zayed Al Nahyan, chairman of the Abu Dhabi Sports Council, was quoted by WAM as saying that FIFA chose the UAE because of its “superior reputation at international levels, previous successes in hosting similar international championships, its experience in managing and organising major sports events, its advanced infrastructure, including modern sports facilities and its constructive FIFA-UEA partnership.”

Apart from the Club World Cups, the UAE has hosted the 2003 FIFA World Youth Championship and the 2013 FIFA U-17 World Cup. It will also be hosting the AFC Asian Cup in 2019.

Late last week, FIFA also confirmed that the 2022 World Cup in Qatar will be held in winter, with the finals set to be played on December 18.

“The executive committee today … decided that, yes, we are going to play in November and December and, yes, the final is going to be played on Dec. 18,” De Gregorio told reporters.

“It’s a Sunday and it’s also the national day of Qatar and, in principle, we try to play in 28 days.

“The next steps will be to have different talks especially related to the match calendar,” he added.